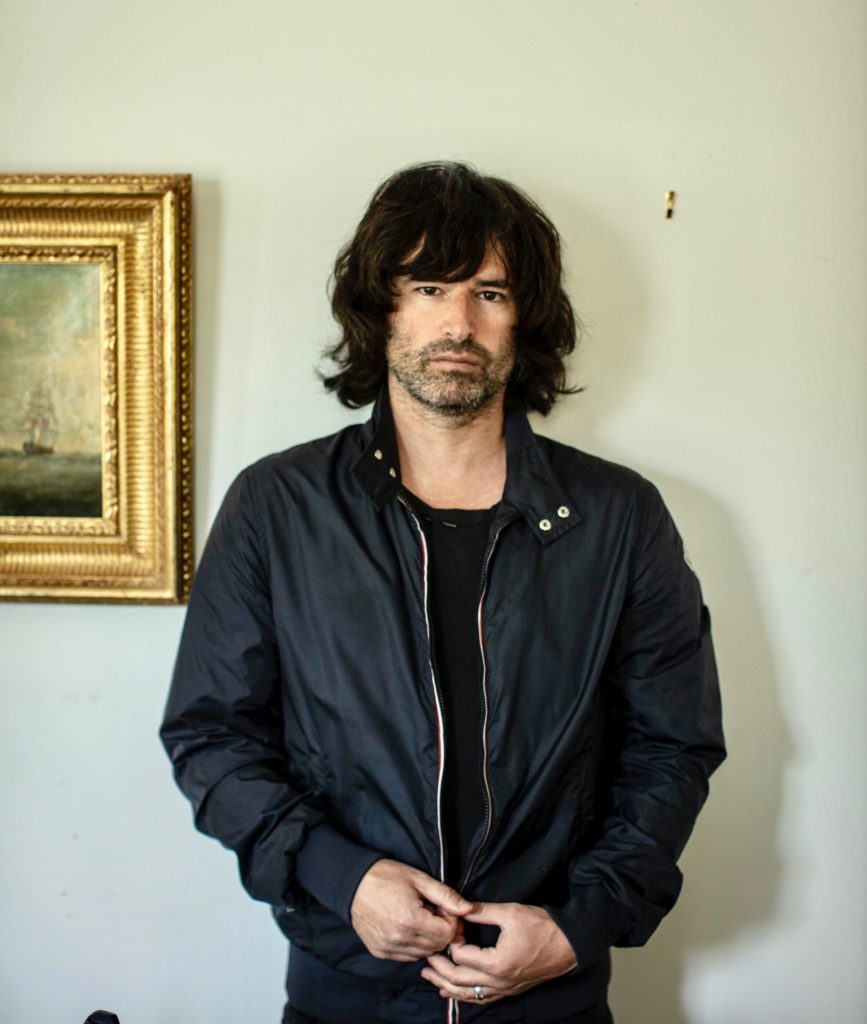 It doesn’t seem possible that Pete Yorn released his acclaimed debut album, musicforthemorningafter, some 18 years ago. Exploding onto the scene in 2001 with songs including “Life On A Chain,” “Murray,” “Closet” and “Strange Condition,” the singer/songwriter has never looked back. Over the course of his career, Yorn’s restless creative spirit has seen him involved in soundtrack contributions and side projects (Scarlett Johansson, J.D. King) in addition to his solo output. In August of this year, he released Caretakers [Shelly Music] with the aid of producer/musician Jackson Phillips. On Thursday, December 5, Yorn will headline Birmingham Mountain Radio’s Holiday Soiree at Iron City. Recently, Yorn spoke with us by phone from Santa Monica, Calif.

Birmingham Stages: Pete, thanks for your time. We are looking forward to your return to Birmingham.

Birmingham Stages: Will the Iron City show be a full-band or solo acoustic show?

Yorn:  This is a full band – first time in years and I’m psyched to bring these guys through.

Birmingham Stages: We are really enjoying Caretakers. How did the album take shape? Are these newer songs, older ones or a mixture of both?

Yorn: Mostly new – there were a couple of older songs. One song called “Friends” has been around since maybe 2007 or 2008 and a song called “Do You Want To Love Again?” has been around since 2012. I had been working on it and trying to nail the right version of it. There are a few other songs I’d written close to when I started recording with Jackson. After we got a few under our belt, we started writing songs together in the studio. So a lot of it is brand new.

Birmingham Stages: You mentioned that “Friends” had been around for over a decade. How does a song like that find its way to an album so many years later?

Yorn: I had written it and done a demo of it. A French singer recorded it for her record and she did a beautiful version of it. I was messing around with it one day and it just resonated with me – the lyrics were hitting hard so we did it and I liked the way it turned out.

Birmingham Stages: If you will, talk about your working relationship with producer Jackson Phillips on Caretakers.

Yorn: It was the first time that we had worked together. We met at a birthday party and four months later we finally got together and decided to try and record a song. It quickly blossomed into this thing where we were recording like a song a day – we just had a good studio flow together. He was really an amazing partner for what I was trying to say and the sound I was trying to bring alive. He just got it.

Birmingham Stages: How would describe your writing process? Is there a typical pattern that works best for you?

Yorn: There’s no one way. Sometimes it’s lyrics first, sometimes it’s music first. But I will say that some people are business-like about it and they get up every day and go write and I’m not like that at all. I’m really more about when inspiration hits. A lot of times things will be bubbling up in my head and I’m not even realizing it and all of the sudden I’ll have all these songs start to pour out. I just address it as they come up.

Birmingham Stages: Some artists I interview are positive about the music industry in the age of Youtube, iTunes and satellite radio. Other artists tell me that multiple outlets have created an oversaturated mess. How do you view the current musical climate?

Yorn: Yeah, it’s a little bit of a knife’s edge. You have to find the right balance to cut through. There’s so much music and you’re getting hit with Spotify playlists with 100 songs. I don’t mean to sound old-fashioned, but I’m human and I can’t process it – nor do I want to – and I don’t listen to any of it. But then there’s the side of it where you can get your stuff out there easily and globally and put your resources to other things like marketing and making visual content. At the end of the day, I make music and it starts with me. It’s not selfish, but I do it for myself. It helps me make sense of my world and hopefully helps other people make sense of their world. I focus on doing that the best that I can and I have faith that the rest falls into place. It’s the world that we’re in now.

Birmingham Stages: With several albums in your catalog, how do you comprise your set lists these days?

Yorn: I’ve been super excited to play a bunch of songs off the new record and my live band is kind of special right now. Jackson – my recording partner – has a band called Day Wave. He basically just grabbed those guys and said, “We’ll back you up on this tour.” So it’s cool to have a guy that played a lot of the parts on the record also playing them live on tour. I let [the band] pick some old songs that seemed fun for them and they came back with some songs and we learned those. I really like what this band is bringing to the old material – it kind of freshens everything up.