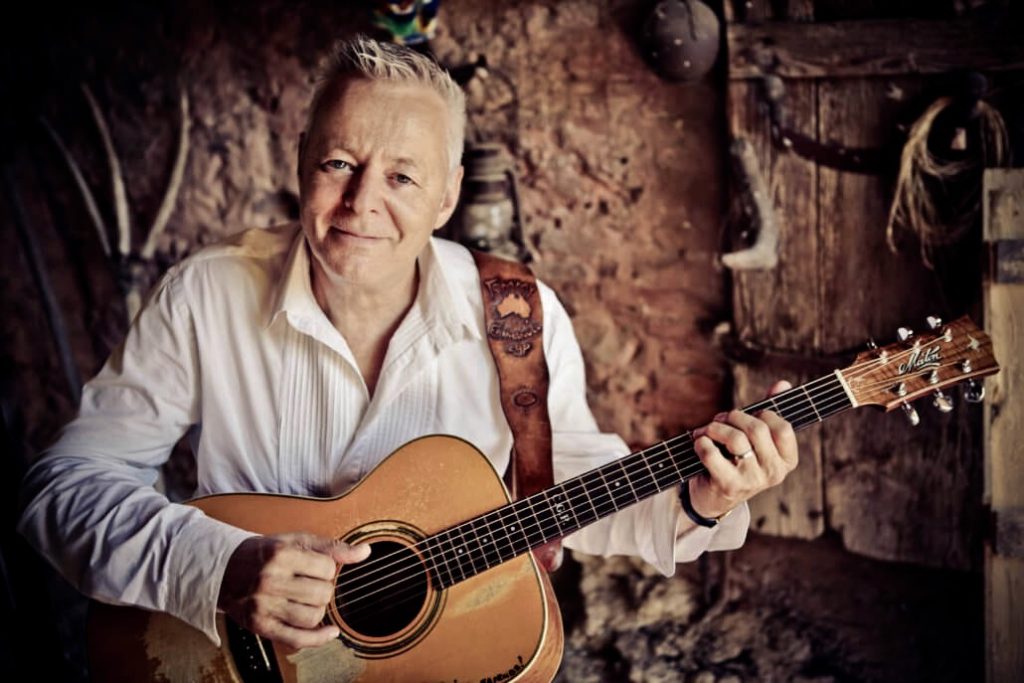 Though undeniable, Tommy Emmanuel’s guitar virtuosity isn’t the emphasis of his recordings and performances. Instead, he places songs and arrangements over his well-documented, dizzying fretboard skills. The 64-year-old Australian who became enamored with Chet Atkins during childhood – Emmanuel eventually befriended and collaborated with his musical hero on several occasions – has released more than 20 albums while garnering several Australian music honors and two Grammy nominations. His latest release, 2019’s Heart Songs [CGP Sounds/Cooking Vinyl Records], is a collaboration with guitarist and fellow Atkins enthusiast John Knowles. Over the disc’s 14 tracks, the duo offers fresh interpretations of modern standards including “How Deep Is Your Love” and “I Can’t Make You Love Me” alongside well-worn material by Hank Williams and Nat King Cole. On Saturday, March 7, Emmanuel will return to Birmingham for a performance at The Lyric Theatre. Recently, Emmanuel spoke with us by phone from Newark, N.J. while en route to Key West, Fla. for two performances.

Birmingham Stages: Tommy, thanks for your time. We are enjoying your collaboration with John Knowles, Heart Songs. How did you and John go about culling material for the album?

Tommy Emmanuel: Well, those arrangements didn’t just happen overnight – they evolved over years of getting together. John Knowles and I have known each other a long time and we were introduced by our hero, Chet Atkins. We just started working on songs each time I’d come back from being on tour. We’d get together and catch up and have coffee and we’d get our guitars out. Sometimes we’d sit in Starbucks and play and that was fun. The arrangements of these songs came together after playing them for a period of time and looking for new things all the time – we just enjoyed that process so much. Some of these songs – like “Cold, Cold Heart” and “How Deep Is Your Love” – they’ve been a big part of our lives for as long as we both can remember. Being the arrangers that we love to be, it’s a joy to have a melody that’s that good to work with.

Birmingham Stages: When you’re interpreting songs by other artists, is there a challenge in placing your own stamp on the material while retaining its original integrity?

Emmanuel: Well, exactly. It depends on the song. With songs like “How Deep Is Your Love” and “Somewhere” from West Side Story, basically I’m the singer and John is the orchestra and we kind of refer to it that way. We try to find ways of incorporating harmonies together and that’s the key part of being the arranger – making it seamless and it takes time to find and work out.

Birmingham Stages: I just wish I had been at the coffee shop when those sessions were taking place!

Emmanuel: [Laughs] There’s a coffee shop in Nashville called Sam & Zoe’s and they have a veranda area. We used to sit out there for hours on end playing and – as people are in Nashville – they’ve seen everything and didn’t take any notice.

Birmingham Stages: You lived in Nashville for many years. What prompted your relocation to San Jose, California?

Emmanuel: My wife got a job with Apple so she and our daughter, Rachel, and my mother in-law moved while I was away on tour. So when I came home to Nashville, I came home to an empty house [laughs]. We kind of knew it was coming and I had to find a way of getting everything done and selling the house on my own while the girls were all set up in California.

Birmingham Stages: How do songs stay fresh and relevant to you after you have performed them countless times?

Emmanuel: A good song is a good song and the arrangements of certain songs – like my Beatles songs or “Classical Gas” – those arrangements get changed all the time. I know that people love them and when I go into them people really light up. It’s really about that. It never gets old to me – it doesn’t matter how mama times I play it. Sometimes I do stuff with it that I never do on another night. I’m very much in the moment.

Birmingham Stages: Are you a gearhead? Do you frequent guitar stores when you’re on tour?

Emmanuel: I’ve never been a big gearhead. I have a few pedals, but they’re at home. The only gear I use onstage now is a tuner [laughs]. Other than that, I carry a preamp and an amplifier and really that’s it. I’m just looking for one good sound and that’s all I’m looking for. But when you tour as much as I do, I’ve got it down to a science. It’s three guitars, one guitar stand, the amp, the preamp and the tuner – that’s it. My biggest strength is my soundman and we know how to get a sound together. So I don’t rely on technology – I rely on him and the quality of my songs and that’s about it.

Birmingham Stages: You’ve been releasing albums for more than 30 years and the music industry has undergone many changes during that time. How would you sum up your career approach?

Emmanuel: Everything has to come from me. It has to be about the quality and integrity of what I do. It doesn’t matter how many times you hear it, if it’s good it’s good. I’m always trying to learn ways of being smarter about what I do, so it’s really about finding the right people. Too many guitar players are into themselves and they forget they’ve got to create a demand. How do you do that? You have to have something where people will want to rush out and buy a ticket and see. You learn how to do it from people that have already done it really well. It’s supply and demand – that’s the bottom line. I do it for all the right reasons because I love it. Something happens when I play the guitar and that’s good enough for me.

Code-R Productions presents: Tommy Emmanuel at The Lyric Theatre on Saturday, March 7. Tickets to the 8 p.m. show are $50.50 and can be purchased at www.ticketmaster.com.