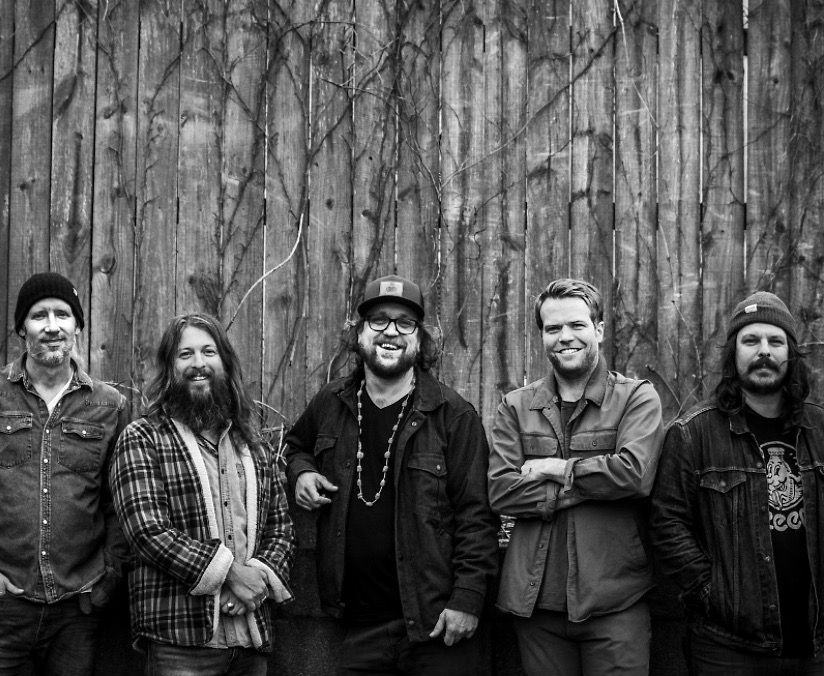 “We built the whole thing just a couple of people at a time. We’re lucky that a lot of our fans have become our friends,” Greensky Bluegrass Dobroist Anders Beck says. With over two decades of recording and touring under its belt, Greensky’s grassroots style to which Beck refers has served the band well. Earlier this year, the quintet – Beck, Dave Bruzza, Paul Hoffman, Michael Bont and Mike Devol – released Stress Dreams (Big Blue Zoo Records), a 13-track effort featuring collaborative songwriting. On Friday, August 26, Greensky Bluegrass will perform at Land Aid at Avondale Brewing Company. Recently, Beck spoke with us by phone from the band’s tour stop in Charlottesville, Va.

Southern Stages: Anders, thanks for your time. We are really enjoying Stress Dreams. How did the album’s songs take shape? Were these newer compositions, older ones or a mixture of both?

Anders Beck: For the most part, they were written in that time leading into Covid and a lot during Covid. So, they haven’t been around for that long. We made that record during the quarantine days which was interesting in trying to get a bunch of people together in the studio to make an album – we all live in different places. One of the things we learned is how to communicate in different ways – Zoom meetings and things like that. The way the band writes – someone brings a song and it’s usually pretty bare bones and we work on it together as a band and take it from a singer/songwriter type of song into a Greensky song. That’s our process a lot of time. This album was a little different because we all contributed songs. Our bass player (Devol), he writes differently – he orchestrates the whole thing because he’s a classically-trained cellist – he wrote the song “Stress Dreams.” He came to us and said, “These are the parts – play this” and that’s not improvisational music.

Southern Stages: Did Devol’s pre-orchestration of the song sit well with the other members?

Beck: It was great and it was fun. It was really interesting and we know him well enough to see his vision through. He’s got an incredible musical mind, so it was really fun. The song I contributed is called “Monument” and I wrote it with a friend of mine, Chris Gelbuda. I had that song in my head for a while in bits and pieces. He’s a writer in Nashville that came in and helped me dot the I’s and cross the T’s on my ideas.

Southern Stages: While creating in remote fashion had to be challenging, I assume the fact that you’ve played together for so long eased the process.

Beck: It’s a five-brain monster and it’s really special to be part of it. We’re back on tour now – this summer, we did weekend dates where we’d all fly in and play festivals. It’s great because you can be home, but once we get back on tour you see the improvisational beast that the band is – there’s a click that happens musically. I’m not saying the weekend dates don’t have that thing, but there’s just something different when we start to play even just three or four nights in a row.

Southern Stages: Some artists applaud the current musical climate in the age of streaming, satellite radio, Youtube and other modern outlets and some say it makes it difficult to be found among the crowd. How do you feel about the current state of the industry?

Beck: I feel great about it, personally. I believe in our band and the music that we make and the more ways people can find out about us, the better. People talk about the artists not getting paid for streams and I get that, but for me it’s about the live show. I want people to get to our music however they can so they can come see us play live, however that happens.

Southern Stages: Even though your band is known for improvisational music, how does a song stay fresh to you after you have played it literally hundreds of times?

Beck: Here’s a weird answer – I change. A good song is the same song, but it’s written well enough that the song means different things to me over the course of my life. It’s the same words and the same melody, but I’m still learning lessons about it from Paul’s lyrics.

Greensky Bluegrass will perform with the Sam Bush Band at Land Aid – benefitting Freshwater Land Trust – at Avondale Brewing on Friday, August 26. Advance tickets to the 6 p.m. show are $33 and can be purchased at www.avondalebrewing.com.