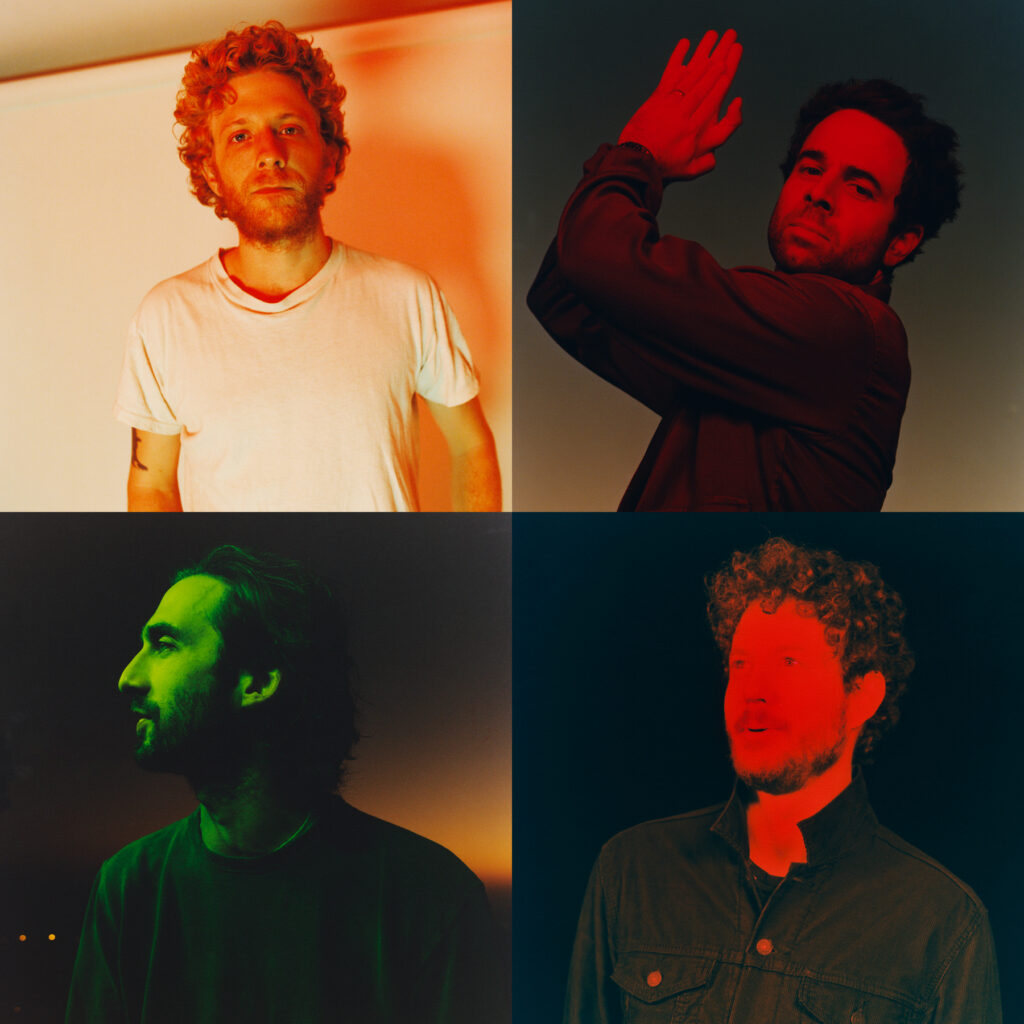 In a recording career spanning more than a decade, Dawes has released a string of timeless-sounding albums. With songs including the anthemic “When My Time Comes” to the ’70s A.M. radio strains of “Time Spent In Los Angeles” to the Yacht Rock polish of “Feed The Fire,” the quartet has managed to stay reverent and relevant at the same time. On Wednesday, September 8, Dawes will perform at Avondale Brewing Company. The band is currently touring in support of its 2020 release Good Luck With Whatever (Rounder Records). Recently, Taylor Goldsmith – the band’s lead vocalist, guitarist and principal songwriter – spoke with us by phone from his Los Angeles home.

Southern Stages: Taylor, thanks for your time. How have you and your band held up throughout Covid?

Taylor Goldsmith: We’re good. It’s an intense time. Everyone’s safety comes first so we are trying to act accordingly. Some people want to complain about that, but that’s how we have to do it. Obviously, no one has all the answers but we’re being as safe as we can based on the info that we have. The idea that we get to go back out and play shows is awesome. It’s a strange first step forward but we’re very excited.

Southern Stages: Of course, each of us took our lumps during the pandemic. But I always think about the impact on artists in particular whose lives are based around travel, touring income and audience interaction. It must have been quite the upheaval.

Goldsmith: Music was the first thing to go down and it seems like the it’s the last thing to come back. My wife’s [Mandy Moore] an actress and her show has a protocol at this point that everyone can get onboard with, but group gatherings are a different thing so it’s been tough. It’s taken a lot of time, but it’s given us a lot of perspective and a lot of gratitude for the jobs we have – we won’t be taking it for granted.

Southern Stages: We are enjoying Good Luck With Whatever. Are the songs on the album mostly newer compositions, older ones or a mixture of both?

Goldsmith: Sort of a mixture, but that helped us find out what the album should be. We had the song “Still Feel Like A Kid” and we tried it for [2018 album] Passwords and it didn’t work because we tried it as a midtempo ballad. But it did give birth and direction to Good Luck With Whatever. Good Luck With Whatever became a manchild’s reckoning with adulthood [laughs] and that song became the thesis statement for everything else. Even though it’s light and humorous, I feel like it’s one of the most honest songs I’ve ever written.

Southern Stages: Did the album release get altered due to Covid or was a fall 2020 release date always the plan?

Goldsmith: That was always the plan. We recorded it the year before and it was all written and recorded before Covid hit. We had the idea to take the year off and give our fans a break because we’ve just toured so much. We thought, “Here’s a chance to record this record and put it on ice” and everyone did it. We actually recorded another record in November and now we’re sitting on that one. Because we’ve been home so much, our recording schedule has gotten ahead of our touring schedule.

Southern Stages: If you will, talk about the experience of forging your career with your brother, Griffin, alongside you in the band.

Goldsmith: It works because we put that first. We all want to go play music and make records, but if it gets in the way of something somebody wants to do and it starts harming relationships, then it doesn’t matter. It’s not even a democracy where three guys want this and one guy wants that. We just keep talking it 0ut until we are all 100% on the same page. Whenever a band is falling out of love with each other, the audience is the first to know it and you can tell when it’s a business. We try to make sure that our relationship is as healthy as it ever was because that’s what makes any band have a shot at being special.

Southern Stages: How do you feel about the current musical climate in the age of Youtube, Spotify and satellite radio? How do you reconcile the accessibility with being found among the flood of content available?

Goldsmith: When I try to step back and take a look at it through a broader lens, it seems like the leaders of a generation and cultural icons will be happening less and less because, like you said, there is so much available. If you’re an American kid between 20 and 30, there are so many people that can represent the way you think and see the world artistically. I think that can really be a cool thing. If you go in certain circles and ask who Jeff Tweedy and Phoebe Bridgers are, they’re going to look at you like “Who are you talking about?” In other circles, those are going to be icons forever. We all have a chance to find our audience in new ways. I feel a very strong connection to the Dawes community, but I know when I get on a plane there’s not going to be a single person that knows who I am and I think that’s really cool. As long as we all manage expectations and understand that there’s room for pop music and cutting-edge hip-hop and Taylor Goldsmith with an acoustic guitar all in the same world to varying degrees but still having a space, I think that’s a quality of this time we’re living in and worth celebrating.

Southern Stages: You’ve played some songs in your catalog hundreds – even thousands – of times by now. How do older songs stay fresh and relevant to you?

Goldsmith: One thing I’ve been doing more recently is playing with the set list. We just went on a little run and played three nights in a row and I made sure that we didn’t play any song twice. We also try to play a little bit with how we play it. One night recently, I played “When My Time Comes” just on acoustic guitar and let the audience sing most of it. But if you told me I had to play a song the way it sounds on the record for the rest of my career, I’d be thrilled to do it. I think the fans reignite it each night – it’s like they’re doing it for us. The fact that they respond to it the way they do and sing along with it – I’m feeling their excitement from it. We have seven albums and if we’re in the same city for two nights, we’re okay with giving two completely different experiences.

Dawes will perform at Avondale Brewing on Wednesday, September 8 with special guest Erin Rae. Advance tickets to the 7 p.m. all-ages show are $32.50 and can be purchased at www.avondalebrewing.com.