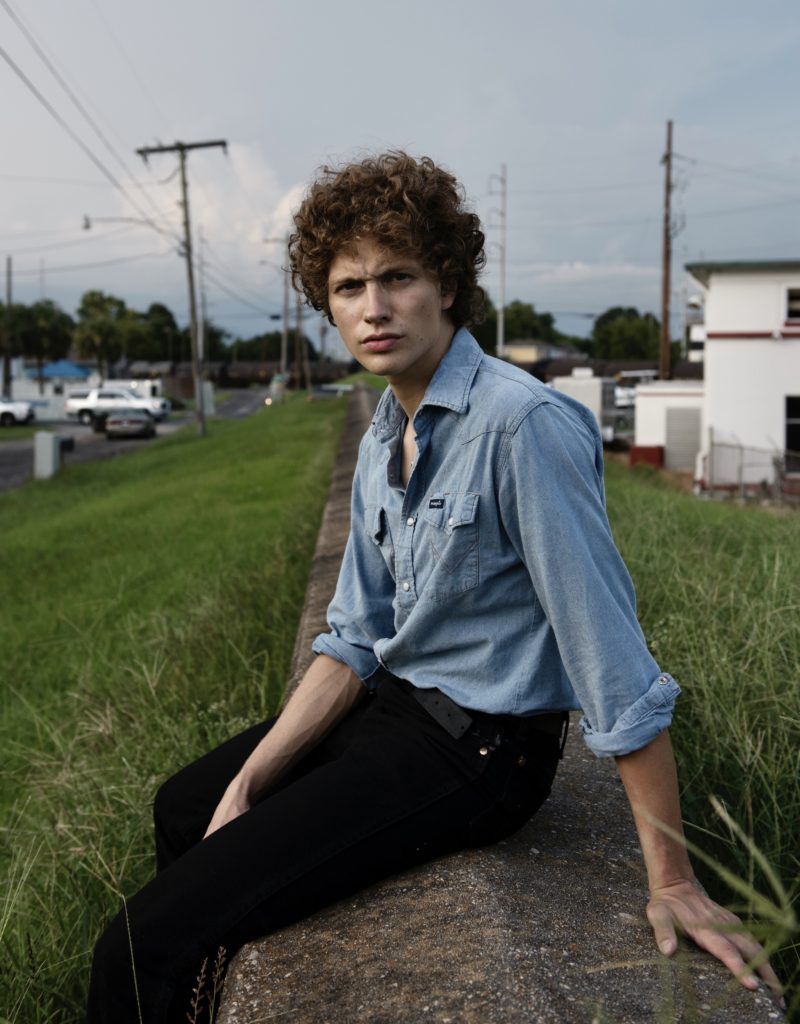 Like most everyone else, Jack Sledge has seen his spring plans derailed. A slate of tour dates booked across the South – including a stop in Birmingham – must now be rescheduled. But while we won’t see the New Orleans-based Sledge live in the near future, we are fortunate to have his new EP, Notes of a Drifter, available to us. Offering a timeless musical sound that has drawn comparisons to Tom Petty, Bruce Springsteen, Steve Earle and The Band, the singer/songwriter’s style rings fresh and familiar at the same time. Recently, Sledge spoke with us by phone from his New Orleans home.

Birmingham Stages: Jack, thanks for your time. How are you holding up during this unbelievable situation?

Jack Sledge: It’s pretty crazy. I’m a teacher and I send the kids emails – I’ve still got a job thank God. I teach music at a small school – I’m just sitting by the computer and sending videos.

Birmingham Stages: We are enjoying Notes of a Drifter. Are the songs on the EP older compositions, newer ones or a combination of both?

Sledge: Usually, there’s about a year lag on songs. Typically, I’ll have songs ready about a year before they’re released just because the recording takes a while. Drifter is probably from 2016.

Birmingham Stages: This is the second time you have lived in New Orleans. If you will, talk about your decision to return to the gulf coast.

Sledge: As a musician, there’s a lot more work not only in New Orleans but in the South. Believe it or not, you get paid better as a musician down here. There are more bars that have live music down here for some reason. That was part of it. Also, going to college down here, I have a lot of friends that play different instruments. I just have a network down here that I didn’t have in New York even though I’m from New York.

Birmingham Stages: I know that every region of the country has musical history, but there is something special about living in the South. The fact that New Orleans, Memphis, Nashville, Muscle Shoals and the Mississippi Delta are all within a few hours of each other is something that you can’t take for granted.

Sledge: Oh, yeah. My favorite music comes from here and I’ve always been drawn to it because of that. As a kid, my parents were obsessed with Elvis and we went to Tupelo and to Graceland – we did the whole Elvis pilgrimage in that area. So I was always drawn to it as a child.

Birmingham Stages: There will be a full-length album coming out later this year, correct?

Sledge: Yeah, it’s finished and the COVID-19 changed a lot of plans so we’ll see. I’ll probably put it out sooner because touring is going to be put on hold for a while.

Birmingham Stages: How do you feel about the state of music in the age of iTunes, Youtube, satellite radio and Spotify? Some artists tell me that it’s a great time given the ease of reaching listeners. Other artists say that the current model makes it difficult to be found among the crowd.

Sledge: I’m on both sides. Anybody can hear your music and connect with you and I think that’s great. But at the same time, it clutters the playing field. I guess I fall on the side of the gatekeeper argument – that there should be someone [to vet artists].

Birmingham Stages: How would you describe your writing process? Do you set aside certain times to write or wait until inspiration strikes?

Sledge: I guess I’m a little bit of both. Right now I’m writing every day because I’m working less. I try to be more disciplined about it than I used to. I used to do it when inspiration would strike, but in the last couple of years I’ve been more into drafting. I’ll write five drafts of the same song and work with it and not pressure myself into having this lightning-strike of inspiration.

Jack Sledge’s Notes of a Drifter is available at www.jacksledgemusic.com and across all digital formats. We will update readers when the rescheduled Birmingham show date is announced.