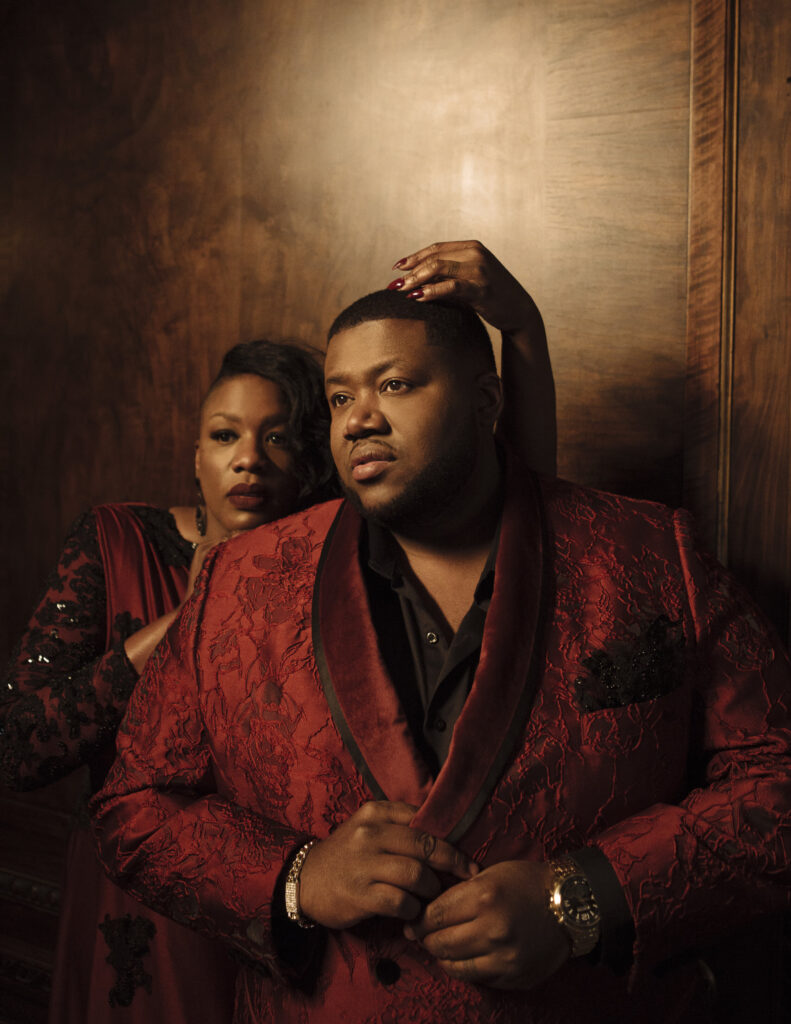 The husband and wife duo of Michael Trotter and Tanya Blount – better known as The War and Treaty – can authentically sing about hope as they are living examples. Suffering from PTSD following his time serving in the Iraq War, Trotter persevered – thanks to Blount’s encouragement as detailed in their song “Five More Minutes” – and the duo has garnered the attention of listeners, critics and peers alike. Currently, the band is touring in support of its 2020 release Hearts Town. On Saturday, October 16, The War and Treaty will perform in support of Lauren Daigle at Huntsville’s Von Braun Center. Recently, Trotter and Blount spoke with us by phone from a tour stop in Atlanta.

Southern Stages: Michael and Tanya, thanks for your time today. How did you hold up throughout the Covid shutdown?

Tanya Blount: We’ve actually been really grateful to be able to have Zoom and figure out ways to connect with the fans. It’s been challenging, but it’s been rewarding at the same time. It’s bittersweet.

Southern Stages: Was the time away from performing a prolific time as far as writing or was it more about taking a  break?

Michael Trotter: We definitely wrote and demoed and rehearsed a bunch. We had a bunch of family time which was really cool – we hadn’t had that in a long time. We did live concerts online and honed in on what we wanted things to be like going forward.

Southern Stages: We are really enjoying Hearts Town. Are the songs on the album newer compositions, older ideas or a mixture of both?

Trotter: Definitely a mixture of both.

Blount: We would actually perform those songs for two years prior to recording the record on the road. So it’s kind of one of those records where the fans really wanted certain songs. We write them and we go out on the road to test them out with the fans. If they like them, we stick with them. If they don’t, we put them away for something else.

Southern Stages: How does your writing process work? Do you tend to write more at home, on the road or whenever inspiration strikes?

Southern Stages: Not a lot of artists get to experience their career with their spouse by their side. If you will, talk about the unique opportunity of doing this together.

Trotter: It’s been a wonderful thing. I’ve been threatened a lot by Tanya [laughs] – it’s been a new development in our relationship.We have two blankets and two comforters now – his and hers!

Southern Stages: Some artists say, due to technology, that now is  a great time to be found via outlets including Spotify, iTunes, Youtube and satellite radio. Other artists say that it’s a challenging time to be found among the crowd. How do you view the pros and cons of the current climate?

Blount: We realize that we’re a touring band – a live show band. We really don’t pay too much attention to that. Spotify numbers and iTunes and all of that stuff can be manipulated because it is technology. We just keep the focus on the fans and they tell their friends and families about us. Like most artists, we are using social media but, at the same time, we realize that we are a touring band.

Southern Stages: How do songs stay fresh and relevant to you after you’ve performed some of them literally hundreds of times by now?

Blount: I’d have to say again that it goes back to the fans. Every crowd is different – it’s giving them an experience and allowing yourself to experience them as well. To keep it fresh, we understand that it is a joy and a gift to be able to stand in front of them and feel them and have this incredible exchange of the human connection. To feel that every time, it’s a high that you can’t really explain.

The War and Treaty will perform in support of Lauren Daigle at Huntsville’s Von Braun Center on Saturday, October 16. Tickets to the 7:30 p.m. show are $29.50 – $126.00 and can be purchased at www.ticketmaster.com.