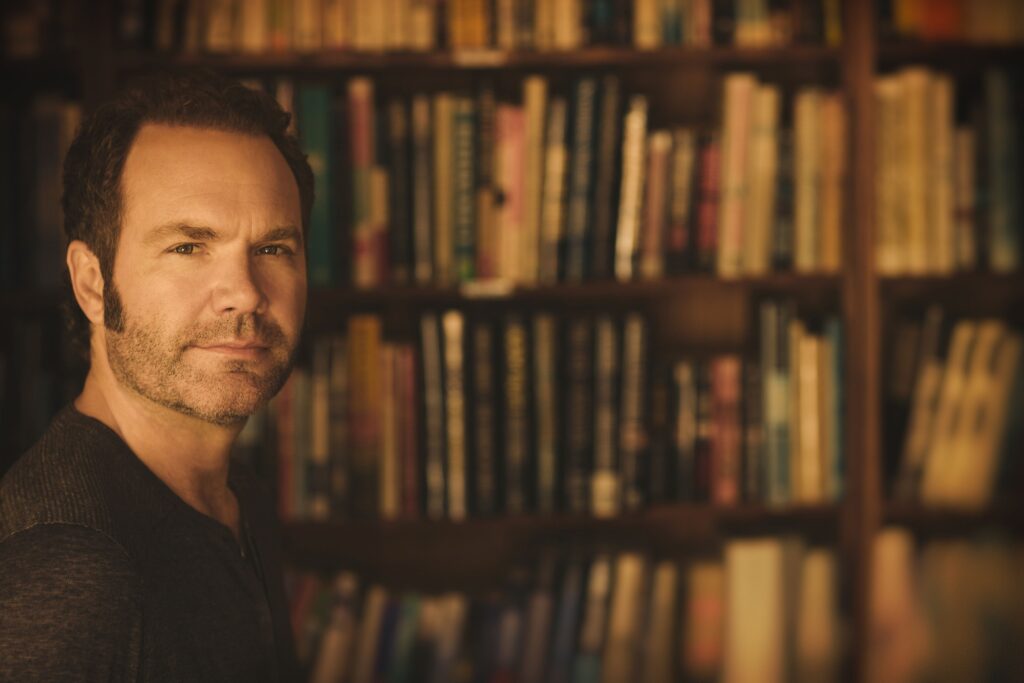 Music, family, public speaking, philanthropy and a longstanding family business all comprise the life and work of John Ondrasik, also known by his stage name of Five for Fighting. Since bursting onto the music scene with the Grammy-nominated single “Superman (It’s Not Easy),” Ondrasik has released a steady stream of albums and singles to a devoted fan base. On Sunday, May 8, Five for Fighting will perform at the Lyric Theatre accompanied by a string quartet. Recently, Ondrasik spoke with us by phone from his Los Angeles home.

Southern Stages: John, thanks for your time. We are looking forward to your return to Birmingham.

John Ondrasik: I appreciate you talking about the show and I’m looking forward to getting down there – it’s been too long.

Southern Stages: Are you supporting the release of a new album on this tour?

Ondrasik: No, there’s nothing planned. I’ve just been putting out songs when they hit me. You never know what could come in the next couple of months. For the first time in years, I’m actually consolidating some songs with the intention of making a record but not putting a due date on it.

Southern Stages: You stay very busy with your music career, public speaking and philanthropic endeavors. How do you manage to juggle all of those?

Ondrasik: [Laughs] I wish I could say cloning. To be honest with you, I did very little music through the pandemic. We have a family business that’s been in our family since 1946 – it’s a company called Precision Wire. We have about 300 employees and our claim to fame is that we make the best shopping cart in the world. If you’ve shopped at Costco, you’ve used our cart. I’ve worked there my whole career and my dad – being 83 – quarantined very early and I was thrust into taking the reins at Precision Wire. We got through it, but it was 24/7 for at least 18 months – that really consumed me for a couple of years. I was doing some virtual concerts and virtual keynotes, but that experience changed our perspective and it was one of the reasons I wanted to get down and see you guys and go back to some of the cities that were so supportive of me 20 years ago. You’re probably familiar with (Birmingham-based radio program) Reg’s Coffeehouse and Scott [Register] was such a supporter of mine and Birmingham was one of the key markets that put me over the tipping point. When “Superman” was on the bubble, your market put it over the top and I’ve never forgotten that and I said I can’t go out on this quartet tour without getting down to Birmingham.

Southern Stages: You have over two decades of material in your catalog now. How do you comprise your setlists these days?

Ondrasik: That’s a good question. One reason I started doing these string quartet shows like we’ll be doing for you guys was I was doing these orchestra shows which were amazing. It was me sitting there with a 30-piece orchestra and it allowed me to do certain songs that I wouldn’t do with the rock band – songs that had incredible string arrangements like “Two Lights” and “Nobody.” I wanted to take that format to smaller markets so here comes the string quartet. To answer your question, it kind of depends on the format – what Five for Fighting permutation you’re getting. The quartet shows have more intimate songs because of the nature of the experience where hopefully it’s a pin-drop atmosphere, but you also get that extra dimension on the songs people already know. Every time we do a tour, we try to add a couple of new songs and sometimes it’s the dreaded “new song” [laughs]. We don’t play the exact same set every night.

Southern Stages: I always wonder how songs stay fresh to artists after they’ve been performed thousands of times. Does changing up the instrumentation and touring personnel allow you to keep things relevant?

Ondrasik: It really does. One thing that helped me with that is all these different permutations of Five for Fighting – the quartet show and the rock band show. We are putting the rock band out this summer for the first time in a long time. The keynotes are always different because I think about and learn about who I’m speaking to. Solo shows, charity shows and even virtual shows have different dynamics in how you attack them. You’re right – at the end of the day, if you’re fortunate enough to have a song that people want to hear and you’ve played it 10,000 times, there’s a certain professionalism in that. “100 Years” is a little easier because I’m always somewhere in that song – the last time I was in Birmingham I was in the second verse and now I’m in the bridge [laughs]. [Regarding] “Superman” I had a conversation with a very successful professional athlete about something similar. He said, “Every game I play – for somebody in that crowd, this may be the only time they see me play live. It’s up to me to do my best every time.” I try to have that approach with “Superman,” knowing that for someone in the audience it may be the only time they hear it and the least I can do is not go through the motions.

Southern Stages: You’re a sports fan so it’s time for the tough question. What’s wrong with the Lakers this season?

Ondrasik: Oh boy! Yeah, it’s rough out here. We’re a little bit spoiled though. It’s tough sledding for the Lakers, but there are still a lot of banners up there.

Southern Stages: Some artists tell me it’s a great time to be in your position given easy access to listeners via Youtube, Spotify, satellite radio and other modern outlets. Others say, for the same reason, that the current climate makes it difficult for artists to be found among the crowd. How do you feel about the current state of the industry?

Ondrasik: With any new technology, there are winners and losers and I think musicians are both. As you said, the ability to have your songs heard has never been easier and millions of people are putting their songs out on the Internet. When I came up, I caught the last wave of record sales right before everything changed. If you were fortunate enough to get a record deal, there used to be a thing called “artist development” [laughs] and they would put you on tour. People don’t realize that Bruce Springsteen broke on his third record and it takes time and that kind of artist investment has disappeared from record companies and it’s harder to make a living. Even though a lot of folks can get their music out, it’s harder to make a living and I worry that music for many will become a hobby. The money is coming back a little bit with streaming, so we’re not as bad off as we were five or ten years ago. On the other hand, you’re not beholden to record companies and you’re not beholden to radio. Now, you can have a career without record companies and without having Top 20 hits.

Code-R Productions Presents: Five for Fighting with String Quartet on Sunday, May 8 at the Lyric Theatre. Tickets to the 8 p.m. show can be purchased at www.lyricbham.com.