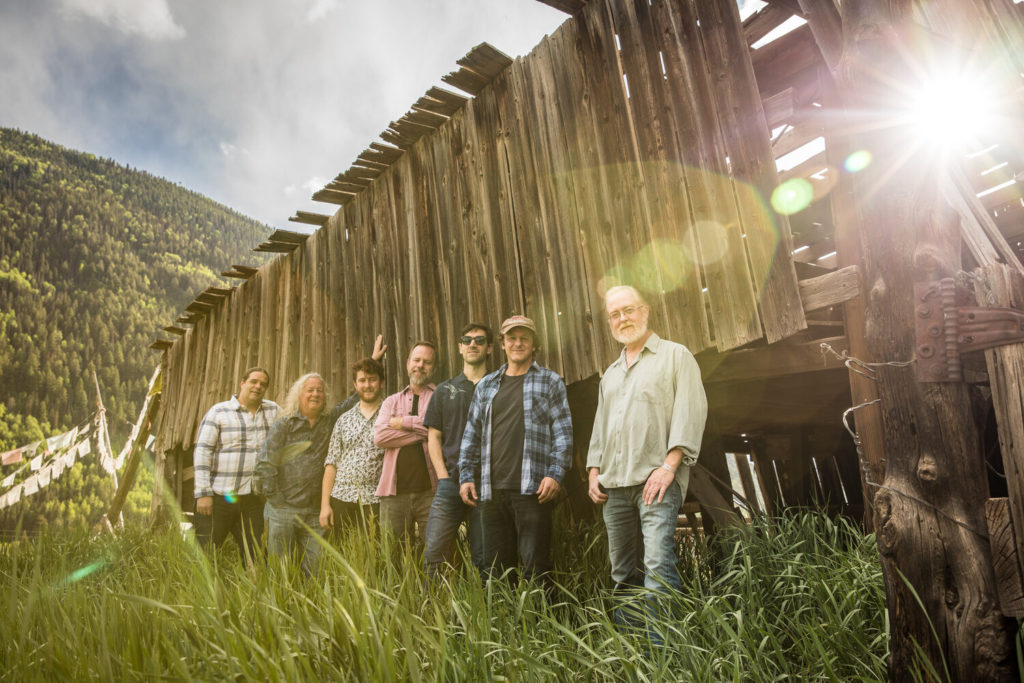 Of all of the opportunities Railroad Earth has been afforded since forming in 2001, the band’s 2019 release, The John Denver Letters, presented a most unique project. Denver’s estate asked the quintet to record backing music to two unreleased songs, “If You Will Be My Lady” and “Through The Night.” The band’s new album, All For The Song (produced by Anders Osborne), is slated for release in 2020. Two of the album’s singles – “It’s So Good” and “The Great Divide” – are already available. On Thursday, February 27, Railroad Earth will perform at Iron City with Kyle Tuttle Band opening the 8 p.m. show. Recently, Railroad Earth violinist/vocalist Tim Carbone spoke with us by phone.

Birmingham Stages: Tim, thank you for time. What made you choose ​”It’s So Good”​ and ​”The Great Divide” ​to be the first two singles off of the new record?

Tim Carbone: Well, we felt like they were good choices.The first one was ​”The Great Divide​” – The song kinda has an uplifting, inclusive theme. It felt like a lead-off single so we decided to go with that one. “It’s So Good” is just, you know, a great feel-so-good song. It’s something I think people can identify with and it’s a fun song. We didn’t put a ton of thought into it – we just felt like those were two good openers.

Birmingham Stages: Where did the writing inspiration for the next Railroad Earth album come from?

Carbone: The songs were mostly written by our lead singer and songwriter, Todd Sheaffer. His inspiration kinda varies, but the whole sound, general concept and feel came from New Orleans. There are horns and a slightly more bluesy feel to this particular record. We are not really venturing far from what we normally do, but back in October of 2018, we lost one of our founding members, so we went down to make the record with that on our mind. We all felt his spirit with us. While some of the songs are not overly about Andy [Goessling], it was a way for us to heal and get together and work through what had just happened to us. He had worked with him for almost 20 years and I personally had been working with him for 40 years – the vast majority of my life I had played music with this fellow. So, going to New Orleans and getting away and keep driving us into the music was a good way to reconnect and make our way through the situation.

Birmingham Stages: How would you define the genre of Railroad Earth?

Carbone: Completely impossible – I’ve tried it many times. We are pretty much just rock-n-roll in a way or Americana if you really wanna put a fine point on it. We are definitely not straight bluegrass because we have drums and keyboard, but we have bluegrass elements. The band is song-based. We serve all of Sheaffer’s songs and try to add something new to each song every time we play it, so it is not always the same.

Birmingham Stages: How do you find a balance between being a producer and being a touring musician?

Carbone: That’s a really good question. There is so much involved in producing a record. First of all, I love producing records so I try to make time for them. I have a very outstanding wife, so I have stretched boundaries. For instance, when I come home from a two and half week tour and I’m home for three days and then I’m out again for a week with another band. So it takes planning and a lot of discipline. When I’m on the road and I know there is a record coming up, I’ll have the demos with me and I’ll make pre-production notes, so I’ll have a pretty good idea of where the songs should go on the record. Ultimately, it’s their record I’m making and it’s my job is to make sure their vision gets translated to the record. But, a lot of times they need help to focus that vision in a way. I love making records and it is my favorite thing in the world to do.

Birmingham Stages: When does Railroad Earth plan to release the new record?

Carbone: We are done recording.We are in the midst of doing some very simple revisits to the mastering of the record. I would probably say that the record would come out sometime this summer – I’m gonna guess like July or August. A firm date has not been given to us from management and everyone else involved. But I would think sometime at the end of the summer this year.

Birmingham Stages: How does Railroad Earth keep old music fresh after playing it night to night?

Carbone: Well, every night we try and visit how we transition from one song to another. We usually do two sets and each set we will try to do at least two or three fairly detailed segues. We will come up with ways to change from one song to another that is interesting and takes the listener on a journey into the next song. We also have a couple of brand new members of the band like, Mike Robinson is playing guitar, pedal steel, and banjo. Matt Slocum, from Jimmy Herring’s band, is now playing keyboards. There’s a much bigger sound, it really is quite exciting. We’ve really had a jolt in the arm from these two great players.

Birmingham Stages: How do you view the current climate with Spotify, Youtube, and Soundcloud making it easier to listen to and put out music?

Carbone: It is what’s going on now, I think financially it is hard to quantify it in a monetary way because it is sorta like the new radio in a way. Ultimately, I think that musicians are getting the short end of the stick as far as getting paid for the music. I kinda view it as you can stand along with the parade route and watch the parade go by, or you can get in the parade and march along. I think it is better to be marching along than to be watching the parade go by.

Code-R Productions presents: Railroad Earth and Kyle Tuttle Band at Iron City on Thursday, February 27. Advance tickets to the 8 p.m. show are $25 and can be purchased at www.ironcitybham.com.