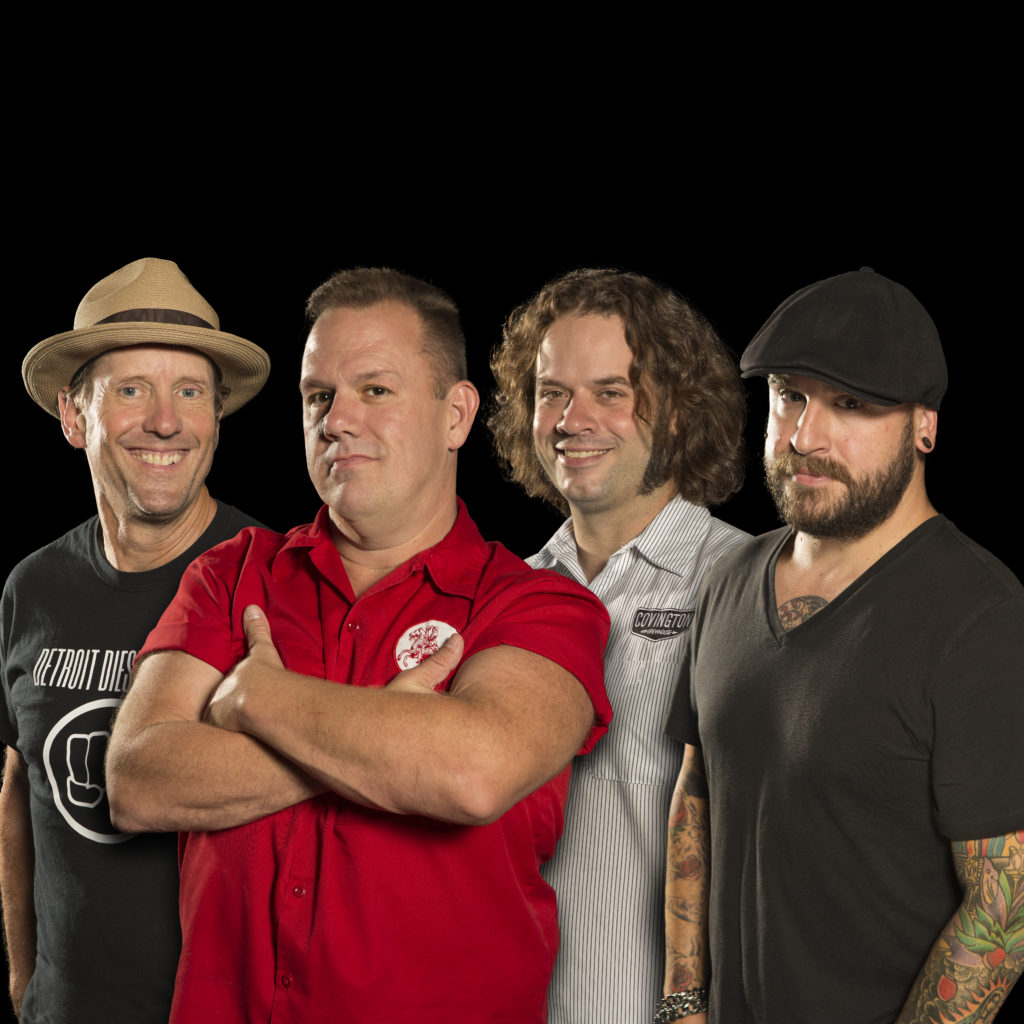 The word “Stalwart” is defined as “Loyal, reliable and hardworking” and it’s a definition befitting of Cowboy Mouth. For more than 25 years, the New Orleans-based band has toured incessantly, packing houses and leaving a trail of satisfied and sweaty audiences along the way. In 2016, Cowboy Mouth released The Name Of The Band Is…, a collection of re-recorded songs including the radio hit “Jenny Says.” On Friday, December 29, the band will return to Birmingham to perform at WorkPlay Theatre. Recently, Cowboy Mouth frontman and multi-instrumentalist Fred LeBlanc spoke with us by phone as his excited young children (after all, it’s Christmas time) played in the background.

Birmingham Stages: Fred, thanks for your time. We are looking forward to getting Cowboy Mouth back to Birmingham.

Fred LeBlanc: We’ve been having a lot of fun in Birmingham the last few years. WorkPlay is a great place to play – everybody can see and everybody can hear. We played a really good show at Otey’s Fest for about 2,000 people. We’d played in Memphis the night before and our guitars had gotten stolen and we didn’t know what we were going to do. We came to Birmingham and people couldn’t have been nicer and arranged for us to rent some guitars for the night.

Birmingham Stages: You still bring incredible energy to every performance even though you’ve earned the right to dial it back at this point.

FL: I’m not worried about looking silly. No matter how outrageous people get at our shows or how much fun they have, they can always look at me and say, “I don’t look anywhere near as silly as that guy.” A lot of my energy comes from basic enthusiasm for what I’m still allowed to do, which is having people come see us and I’m very grateful to be able to still play in a great rock band, tour the country and have a great time doing it. I like to believe that people leave our shows feeling better about themselves, not just the experience. It’s always important to remember that you’re as much a part of the equation as anything. The audience is as much a part of it as I am and if it wasn’t for them, then we couldn’t do that.

Birmingham Stages: Though you’re known primarily as a drummer, you often write on guitar, correct?

FL: I can play guitar, bass and piano, but the songs come to me more or less fully-formed or I’ll have a riff. The riff in “Jenny Says” came to me when I was in a band called Dash Rip Rock and we played it for a little while. There was a John Cougar Mellencamp song called “Rain On The Scarecrow” and I was trying to play the opening riff [hums riff notes] and I hit the wrong thing and thought, “Hey, that sounds kind of cool.” I put a swing to it and there it is.

Birmingham Stages: If you will talk about your latest album, The Name Of The Band Is…

FL: It came out in the last year and a half and we’re getting ready to do another one. That was our “greatest hits” and this one will be our “greatest misses” [laughs]. We’re doing some of the old songs that I wasn’t pleased with in terms of how they were recorded or songs that never got as much attention.

Birmingham Stages: How would you describe your writing process and the manner in which you lay down ideas?

FL: They come to me whenever. The reason a lot of your creative types tend to be crazy is we realize we don’t really do anything – it’s just waiting around for inspiration to take hold. When that happens, you put whatever craft or energy you can to make it better but the diamond presents itself and I shine it up a little bit.

Cowboy Mouth will perform at WorkPlay Theatre on Friday, December 29. Tickets to the 8 p.m. show are $17 – $20 day of show – and can be purchased at www.workplay.com