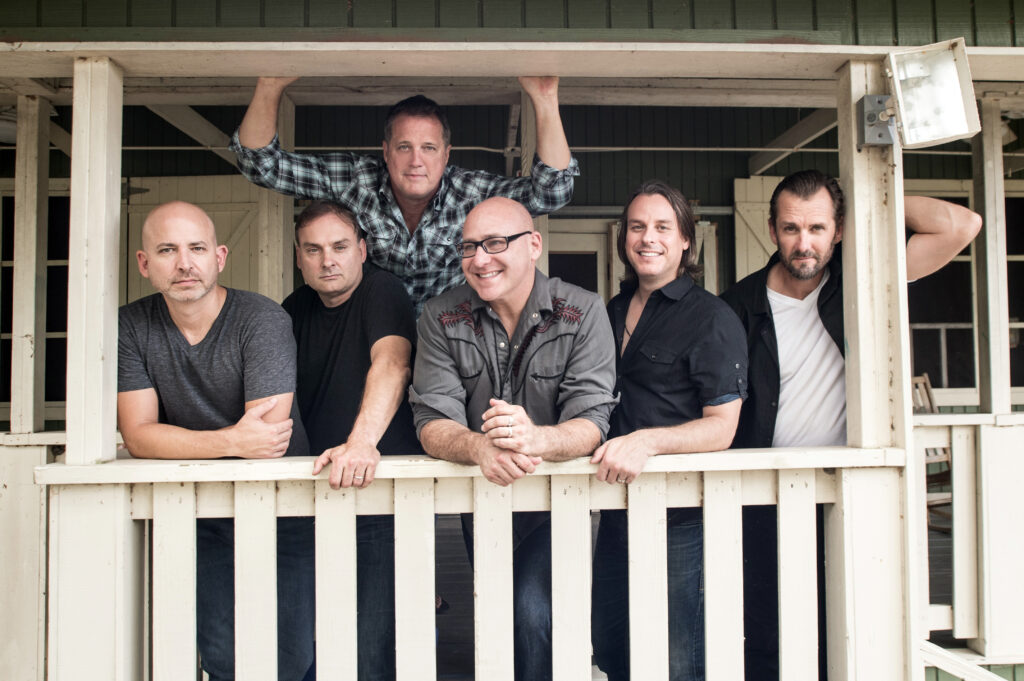 In a recording career spanning more than 25 years, Sister Hazel has stayed the course and remained relevant in an industry of ever-changing styles and trends. Dubbed as one of the “Top Most Influential Performers of the Last 15 Years” by Performing Songwriter Magazine, the band has amassed an enormous fan base while being involved in charitable endeavors along the way. On Sunday, June 20, Sister Hazel will perform at Euphonious at the Birmingham Zoo. Recently, bassist Jett Beres spoke with us by phone from his South Florida home.

Birmingham Stages: Jett, thanks for your time. It’s almost impossible to interview any touring musician without asking what the past year has been like and how you kept your sanity through the Covid storm.

Jett Beres: We did some stuff over the lockdown year. We did some drive-in shows and we did some live streams and were eventually able to being in a small audience. We kept as busy as we could, but we’re a touring band and we’re used to being on the road 100 days a year. Starting with Memorial Day weekend, things are off to the races and I’m seeing our schedule looking pretty booked – it feels great. And I’ve got to tell you, my wife is happy about that too [laughs].

Birmingham Stages: I’m pleasantly relieved that I haven’t heard many tragic stories about musicians given the drought in travel and loss of income for such a lengthy period of time.

Beres: That’s an interesting point. I can speak from our perspective and our friends in other bands and you also have to think about the crews. A band like us has residual income, but crews live on the road and that’s their whole deal. Just in our little sphere, we saw a lot of struggling. Between the band and who we work with directly, there was a real sense of community and being there for each other. We felt that support from our fans in lockdown and I imagine most artists did – that’s what kept us alive. Although we’ve chosen to live this out-of-the-norm kind of life, it also creates some resiliency. After being together for 25 or 30 years, there is a newfound gratitude for each other, the music and our fans.

Birmingham Stages: We are looking forward to the Birmingham show. As you know, Birmingham has supported Sister Hazel from the very beginning and there is still great enthusiasm for your band here.

Beres: The calendar pops up and there are certain places where you say, “Alright!” Birmingham is always one of them.

Birmingham Stages: With band members residing in Florida, Georgia and Washington D.C., are there challenges to being geographically spread out?

Beres: We really kind of work out everything on the road. Being off the road, we recorded a song, “When Love Takes Hold,” and we recorded it all remotely from our hometowns and made a little video from it where we’re all in our home studios making the song. That was a first for us – we found that we could build a track with everybody in their own houses.

Birmingham Stages: With a large catalog of material now at your disposal, how does your band construct set lists these days?

Beres: We have about six to eight songs that we kind of have to play and we do about a 16-song set. The other eight to ten usually consist of a couple of new ones to get them out there and some old stuff including deep tracks. We also do one or two self-indulgent ones [laughs].

Birmingham Stages: How do you view the musical climate in the age of Spotify, Youtube, satellite radio and other modern outlets? What are the pros and cons of the current model?

Beres: That’s a good question and could probably be a whole hour-long conversation. We’ve put out a cassette tape [laughs] – can you imagine what we’ve seen in our career? CDs are really coasters and when your car starts coming without CD players you’re like, “I guess things are changing.” So it changes the structure and you don’t sell records like you used to sell records. I have embraced it and I like the fact that our fans all over can access the music. The biggest problem that I see is the attention span because of how the platforms are and how people are easily ingesting their music. My son’s in a band – my fan base will still buy stuff and put headphones on; his [fans] are going to watch it from the phone. He’s about to make a record and I’m thinking, “How in the hell are we going to market to his fan base that basically is tuning out after 30 seconds?” So that’s where it becomes challenging and I hope it doesn’t degrade the art in the process.

Birmingham Stages: Your band has literally played some of its songs thousands of times by now. How do those songs stay fresh and relevant to you after all the years?

Beres: There are certain songs we play the same out of respect for the song and the listener, but enough of our set changes and we build in moments of improvisation. What keeps it fresh are the fresh faces every night that you’re playing to and that are singing along. It’s the feedback you get from the venue.

Sister Hazel will perform at Euphonious at the Birmingham Zoo on Sunday, June 20. For more information, please visit www.sisterhazel.com or www.euphonious.ai.