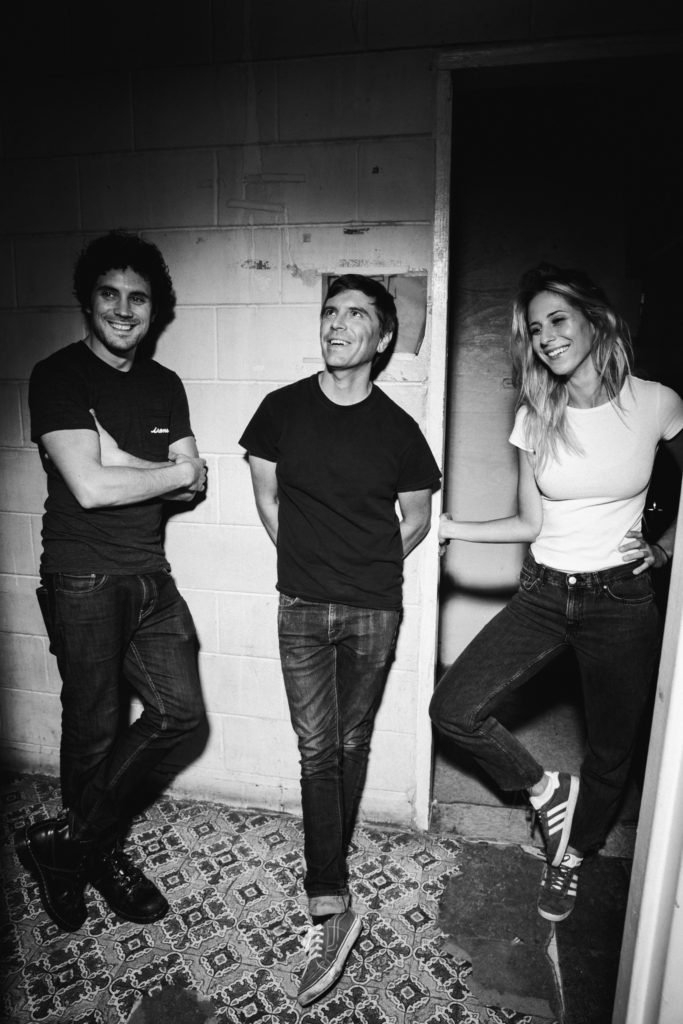 Bully made a huge mark on Nashville’s new rock sound with this year’s Losing, a critically acclaimed sophomore effort that is topping everyone’s year-end best-of lists. Raised in Minnesota, Alicia Bognanno formed the band when she came to Middle Tennessee State University to pursue a degree in audio engineering.
On the band’s way into Birmingham, Bognanno talked about how engineering remains a passion, signing with Columbia Records and maintaining “cred” while on a major label.

Birmingham Stages: Bully is a Nashville band, but you grew up in Minnesota. Which do you identify with more?

Alicia Bognanno: Definitely not Nashville. I like Nashville, but I’m not a Southern person; I don’t have a deep love for the South. It’s cool, it’s a great place to live and it’s very practical to be a band there, but I feel more at home when I’m in Chicago or Minneapolis for sure.

Birmingham Stages: Is that because you feel alienated from mainstream Nashville?

AB: No, I grew up there. I like the weather there.

Birmingham Stages: When you were attending Middle Tennessee State, you managed to get an internship with Steve Albini. How did that happen?

AB: I was in school for audio engineering and they knew that I wanted to do an internship for credit points and I was interested in analog recording, so I emailed them and inquired about an internship.

Birmingham Stages: Were high profile internships like that common for MTSU students?

AB: That’s hard to say. I didn’t really know anyone else from MTSU that had done it, but I think a lot of that is because it requires traveling and you have to be in Chicago for a while. But it was great. It was really awesome. It was a great experience.

Birmingham Stages: Did you intend on having a band, or was the original goal to go into the production side of the music industry?

AB: No, I always wanted to play music.

Birmingham Stages: When did you first start playing your own music and writing your own songs?

AB: When I was in high school, but mostly in college.

Birmingham Stages: Did you have a band in high school?

AB: No, I grew up in the suburbs of Minneapolis, and no one was really playing in bands, which is why I kind of went the engineering route. Once I was in college, everyone was playing music and in bands together and going to house shows. It was a little bit easier to get a band together or find people to play live.

Birmingham Stages: Being isolated from music a bit in Minneapolis, how did you first discover the bands that influenced the music that you make now?

AB: I had a couple of really good friends with really good taste in music that introduced me to a lot of the bands that I love now. A lot of it was the people that I was around and their desire to play music and listening to good music and being supportive of one another.

Birmingham Stages: Would you like to move forward as a musician and a producer? Is it something you want or is it even something you feel like you’d have time for?

AB: It kind of depends—I can always focus on engineering, but I don’t think that’s gonna happen anytime soon. So I’ll just keep going and balance the two of them when I can.

Birmingham Stages: Have you worked on anyone else’s record or has all of your focus been on your own music?

Birmingham Stages: Did you have any reservations about maintaining “cred” when you signed with a major label or did the tour support make accomplishing the goals you have for Bully easier?

AB: I did—we were talking to SubPop at the time and I would have preferred to do that, but nowadays, most indie labels are owned by majors. So it’s not that big of a difference. But yeah, to be honest, at the time we really needed a van so we could tour. I was driving around in a $3,000 salvaged minivan that I traded my car for and all we wanted to do was play. So we were going to sign with whoever was best for that.
The people that we were talking to at the label were totally cool with us having creative control and me engineering it and producing it and we liked that part of it, so it ended up working out great. And they were awesome. And it’s been great with SubPop, too. We didn’t have any major label horror stories of them trying to manipulate our sound or tell us how to write or anything like that.

Birmingham Stages: Who do you think is most responsible for the new rock sound in Nashville and how does it coexist with the Nashville that everyone knows?

AB: Since I’ve been there, there’s always been a rock scene and an independent scene and so many people that contribute to it that it’s hard to point out one person. And we all [coexist]. When I was working the Stone Fox, we’d have rock shows, but there were tons of people around our same age doing their country thing. It’s totally cool; we’re all friends and definitely not competitive. Parts of it overlap, and it’s easy to like both things and bounce back and forth. It’s a very supportive place for a lot of genres to coexist in.

Birmingham Stages: Was Sleater-Kinney an influence for you?

AB: I loved Sleater-Kinney, but I think I was influenced the most by Kim Deal of The Breeders. Pod was a really, really special album for me. I’ll never forget listening to Pod for the first time and everything about it was just so incredible. When I think about albums that I just sat around and listened to on repeat, Pod was one of them. Also anything that Kim Gordon has been a part of has meant a lot to me.

Bully will perform at Saturn on Tuesday, December 12. Doors open at 7 p.m. and the show begins at 8 p.m. Smut and Snacks open. Tickets are $14 and can be purchased at www.saturnbirmingham.com