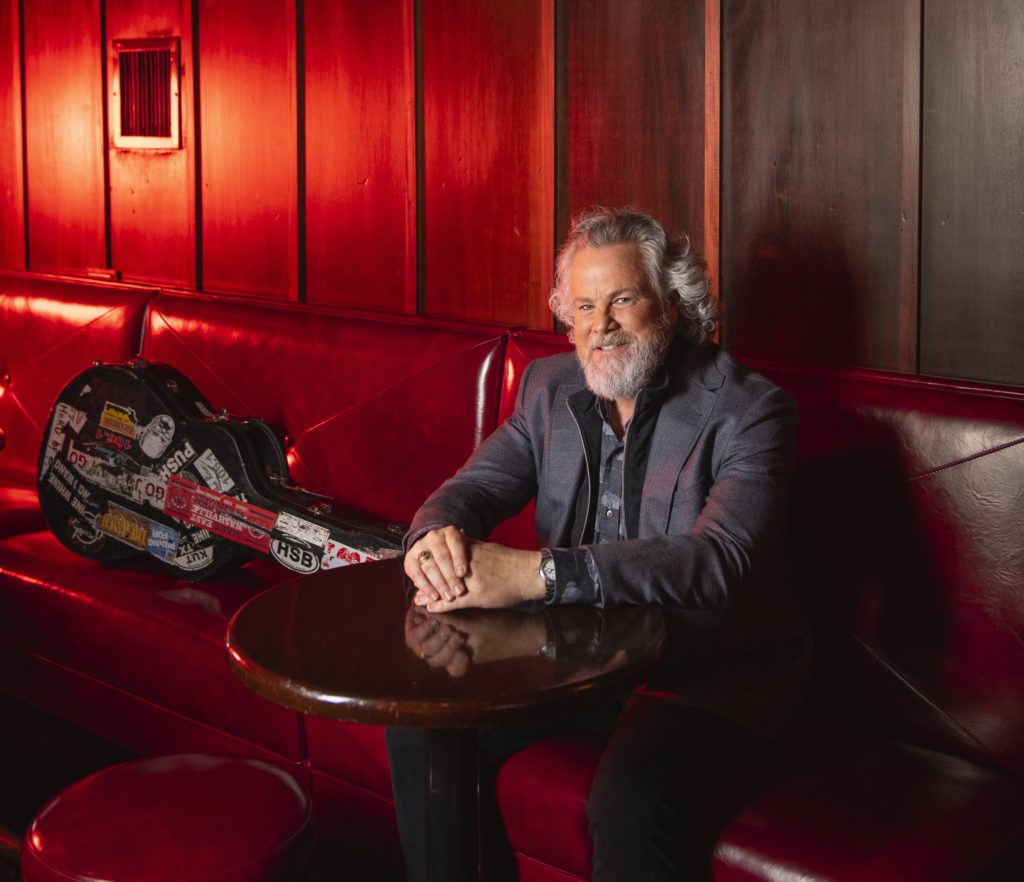 Like fellow legends Willie Nelson, Townes Van Zandt and Lyle Lovett, Robert Earl Keen is synonymous with Texas music and its renowned storytelling style. In a recording career spanning more than 35 years, the singer/songwriter has garnered a diehard fan base that sings along word-for-word with Keen at his live shows. He always delivers – no one leaves a Keen concert without hearing staples such as “The Road Goes On Forever” and “Merry Christmas From The Family.” On Thursday, January 23, Keen will perform at Iron City with Aubrie Sellers opening the 8 p.m. show. Recently, Keen spoke with us about songwriting, set lists and his latest project, Americana Podcast: The 51st State.

Birmingham Stages: Robert, thanks for your time. We are looking forward to having you back in Birmingham. Do you have plans to write an autobiography? It would be great to have a firsthand account of your life and career.

Robert Earl Keen: That is on the list. One day I will write a book. I can think of plenty of stories that would go in there.

Birmingham Stages: If you will, please describe your writing process. Do you do it on a set schedule or when inspiration strikes? Do you tend to write more at home or on the road?

REK: I’m very visual in my thinking when I write a song. So I start with some sort of setting that I remember or had some impact, anywhere from sitting by a pond fishing or walking down a road or what I am looking at that time. I feel like the way to construct a song with some sort of narrative value is by creating the setting. I am very visually-oriented. I think the setting is just as important as anything else. I write out on some land in Texas in a place we call the Scriptorium. Out there, it seems like you can tap into the creative energy you can’t get to when other people are around.

Birmingham Stages: Obviously, there are certain songs that fans expect to hear each night and they will always be on your set list. How do those songs stay fresh and relevant to you after you’ve performed them literally thousands of times?

REK: Touring is easy if you have a good audience. The key is the audience. We have fantastic audiences. A friend put me on the phone with a woman just this evening. She had never heard of us, was mad at her husband for dragging her to the show and then told me that it was the best show she’d ever seen. She was so happy to talk about her discovery. Delightful discovery is better than free whiskey.
There are songs I love to play – no matter how many times – and I will tell you why. I believe some songs don’t necessarily have a universal meaning but have some kind of universal appeal in that almost anyone can find their own real perspective inside the song. I have heard, “I have lived that.” It is somehow cathartic, I get a huge reaction – a bunch of people that are either really sick or really sad and they just played these songs over and over and over again. And it made all the difference to them. It has a really good message and an open this-can-be-anything-you-want.

Birmingham Stages: Outside of the staple songs I just mentioned, how do you go about comprising the remainder of your set lists these days given your large catalog of material?

REK: I write my set list each day a few hours before the show. I change the set list for every show. Sometimes I even change it minutes before we hit the stage if something just wasn’t sitting right with me.  Right before we go on stage, I gather all my picks and capo and get centered for a few minutes usually quietly on the bus or in the dressing room.

Birmingham Stages: Some musicians I interview say this it’s a great time for artists given easy access and instant reach to fans via iTunes, satellite radio, Youtube, etc. Others say – for the same reason – that the current setup makes it more difficult for artists to be found among the clutter. As an artist with a lengthy and successful career, what are your thoughts on the current climate?

REK: I believe that the connectivity of the world now — particularly in the way of music — makes a lot of things a lot easier, although the competition is really steep. There are droves of people interested in making music, doing it from home or getting a place on America’s Got Talent or The Voice or whatever. There are so many outlets, but there are so many people who are trying to get in the music business. I would say, as it’s gotten easier to produce things and get things out there with the help of these accessible streaming services, the currency now is: how can you get it out there and get it heard?

Birmingham Stages: If you will, please talk about your podcast and the decision to set it in motion. What have you learned the most in doing it?

REK: I strive to stay in the music periphery and hang in there with [what’s going on]. As a touring band, you can really become isolated. It’s the same direction I was taking when I decided to do the Stryker Brothers record [2018’s Burn Band with Randy Rogers]. It was something else, something that seemed fun, something that might actually help some people and give some people some information they don’t know.
You can get out in your own solar system, spin out into the universe and never return. I’m always trying to rope myself back in. I can feel it when it’s happening. Making records is one thing, but I’ve made a lot of records. There are so many other avenues in the music business to explore in a creative way. I thought this would really, really be good as one of those trying-to-give-back kind of things.

Code-R Productions Presents: Robert Earl Keen at Iron City on Thursday, January 23. Aubrie Sellers will open the 8 p.m. show. Advance tickets are $27.50 and can be purchased at www.ironcitybham.com.