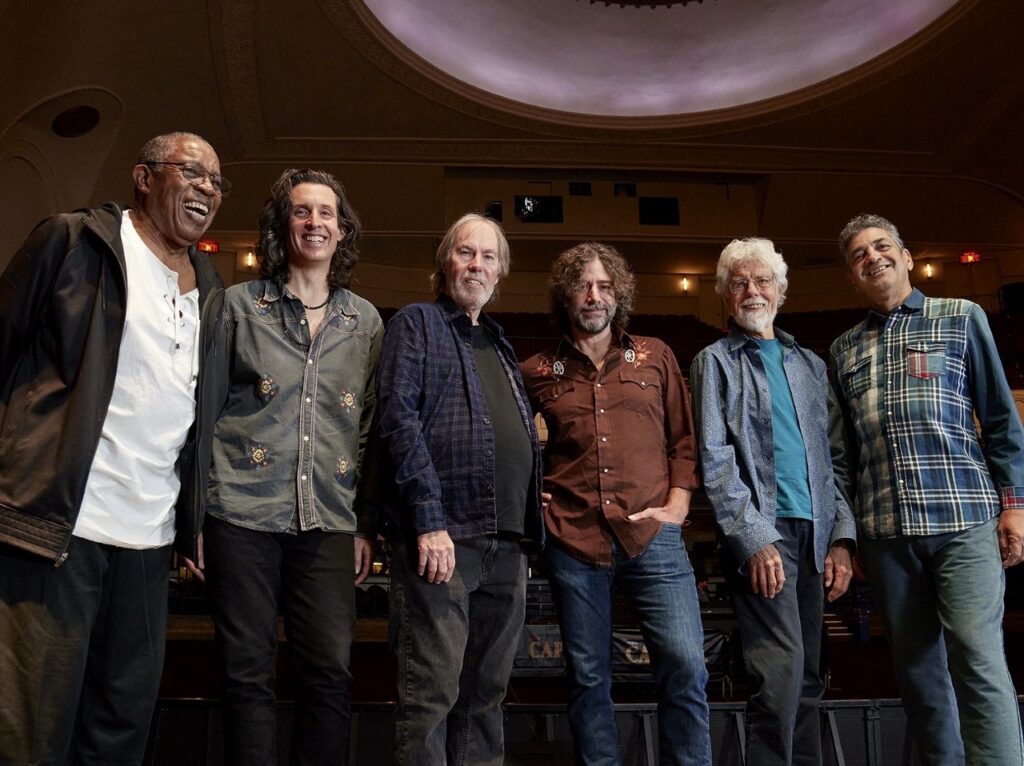 Blending elements of rock, funk, country and Louisiana-tinged swamp music, Little Feat has melded these genres into a style of its own in a recording career spanning more than 50 years. But of all of the albums in the band’s extensive catalog, its first live release, Waiting For Columbus, remains the group’s preeminent recording. Currently, the band – Bill Payne, Sam Clayton, Fred Tackett, Kenny Gradney, Tony Leone and Scott Sharrard – is touring in support of the landmark album’s 45th anniversary. On Sunday, March 20, Little Feat will perform at the Alabama Theatre with Amy Helm opening the 8 p.m. show. Recently, Payne spoke with us by phone from his Montana home.

Southern Stages: Bill, thanks for your time today. When does the Waiting For Columbus tour kick off?

Bill Payne: We head out for rehearsals on March 1st and the first gig is on the 4th in Columbus.

Southern Stages: If you will, talk about the genesis of this anniversary tour.

Payne: Our management is Vector Management – which is based in Nashville – and Brian Penix is our day-to-day guy and he’s first one that mentioned it to me. We have a new band and I thought – after a year and a half of being hunkered down because of the pandemic – that if we were going to make a statement, that’s not a bad way to do it. Plus, on the musical front – putting all other considerations aside – this centers us in on the same set every night. We’re not replicating the album, though – we’re playing the songs in the order that they appeared on the original record, but it allows us to approach those songs even deeper then we already have as a new band and put our stamp on those tunes. That can be done primarily through the jams where we expand certain tunes or we revisit the instrumentation we have from time to time. We have also have a three-piece horn section with us – Erik Lawrence, Jay Collins and Steven Bernstein – who we’ve worked with before and they’re a great bunch of guys.

Southern Stages: You’ve literally played these songs thousands of times by this point. How have the songs stayed fresh and relevant to you over the years?

Payne: I love that question – I’ve had it a couple of times. I told this one guy – and not facetiously – when we sing “Happy Birthday,” how do we keep that fresh and alive? [laughs] You do it because it’s heartfelt. It really got me thinking about it because it is a great question. Like when we were kids watching the same cartoons  a hundred times, I think there’s part of being a musician that having that familiarity of a song or songs in our repertoire lends itself to the familiarity but wanting to dig a little deeper in how you want to being out the improvisational aspect to a song. It could be done through tempo, it could be done through instrumentation or it could be done with trading out verses with guests that come in to sing. But, ultimately, it’s about commitment to the song. It speaks very highly that the type of songs Little Feat has written capture your mind and your heart as well as your prowess as a player to play them. It’s fun to play “Dixie Chicken” for example and it’s fun to revisit “Two Trains.” “Red Streamliner” is challenging in an of itself – it’s challenging to sing. So the basis of the material itself is a really good jumping-off point no matter how many times we’ve played it.

Southern Stages: Some artists say that now is a great time to be a musician given the instant access to listeners via streaming services, satellite radio, YouTube and other modern outlets. Other artists say – for the same reason – that the current climate makes it difficult f0r artists to be found among the clutter. How do you reconcile the state of the industry in your mind?

Payne: I don’t know if there’s any reconciling it because it is what it is, as they say, but the notion of music gaining importance is the thing I find most interesting about everything. Finding it has always been somewhat a challenge, although radio had a more prominent place in that for a very short period of time in the late ’60s. But I react to a lot of things when people say, “Hey, have you heard this?” and that sets me on a path. It’s a very new world out there no matter how you slice it and I think those people that think it’s better for musicians are partially right. It’s tougher for musicians these days because you have to find your audience in order to try to make a living. Locally, that’s not necessarily a tough thing, but when you’re talking about nationally you need help. The music being so broadly available makes it a lot tougher. On the bright side of it – speaking strictly for myself – I’m on Amazon music and I’ve got to say that my library is chocked full of some of the best music in the world which I’ve never had access to before. The access to music allows us as artists to take genres – which is what Little Feat has always been into – and combine and share those genres. It’s like everything – it’s confusing and convoluted but there are some good parts about it as well.

Southern Stages: In addition to your Little Feat career, you have worked with a multitude of artists. Has writing an autobiography ever been in your plans?

Payne: Yeah, it has and I have and I’ve backed off for various reasons and now I’m back into the mold now. I think I could actually have a place to put it. I like to do research as well. In memoirs, a lot of people just shoot from the hip – “Hey, this is what I remember and what I don’t remember is more that what I remember” in a lot of cases. I like the advantage as a writer of being able to go back to certain people and say, “How do you recollect this?” Fortunately, I wasn’t in and out of drug clinics trying to kick something so that will not be a part of my biography. But there’s a lot there. I’m not a purist – I’m an artist that dabbles in different genres always with respect and inquisitiveness. I want to expand my voice and I don’t want to constrict it.

Southern Stages: Are you still involved in commercial photography? 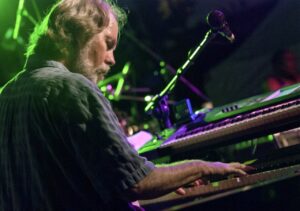 Payne: I am. Not to the degree that I was, but it’s still part of who I am. I like it as another means of expression.

Southern Stages: What are the long-range plans for the Waiting For Columbus Tour?

Payne: This is going to be a year-long tour and it looks like we’ve got June and part of July off. So, there are some breaks in the action. For a couple of years, I was going back and forth between Little Feat and The Doobie Brothers and that made for a lot of time on the road. Groucho Marx used to say, “I like my cigar but I like to take it out every now and then” [laughs].

Southern Stages: The songs on Waiting For Columbus are obviously part of your musical DNA by this point. With that said, do you ever find yourself revisiting old recordings to brush up on the material?

Payne: That’s a great question. In Little Feat – and with the Doobies too, for that matter – I occasionally have to go back and listen to something. The arrangements have morphed over the years and I like to start with the way we play things now instead of going back to 1977. It’s a long history – the original group was Lowell [George], myself, Roy Estrada and Richie [Hayward]. I have to think of it in musical terms rather than the personalities that were involved. It’s a matter of the music taking precedence with the personnel you have at the time.

Code-R Productions Presents: Little Feat at the Alabama Theatre on Sunday, March 20. Amy Helm will open the 8 p.m. show. Tickets are $34.50-$59.50 and can be purchased at www.ticketmaster.com.