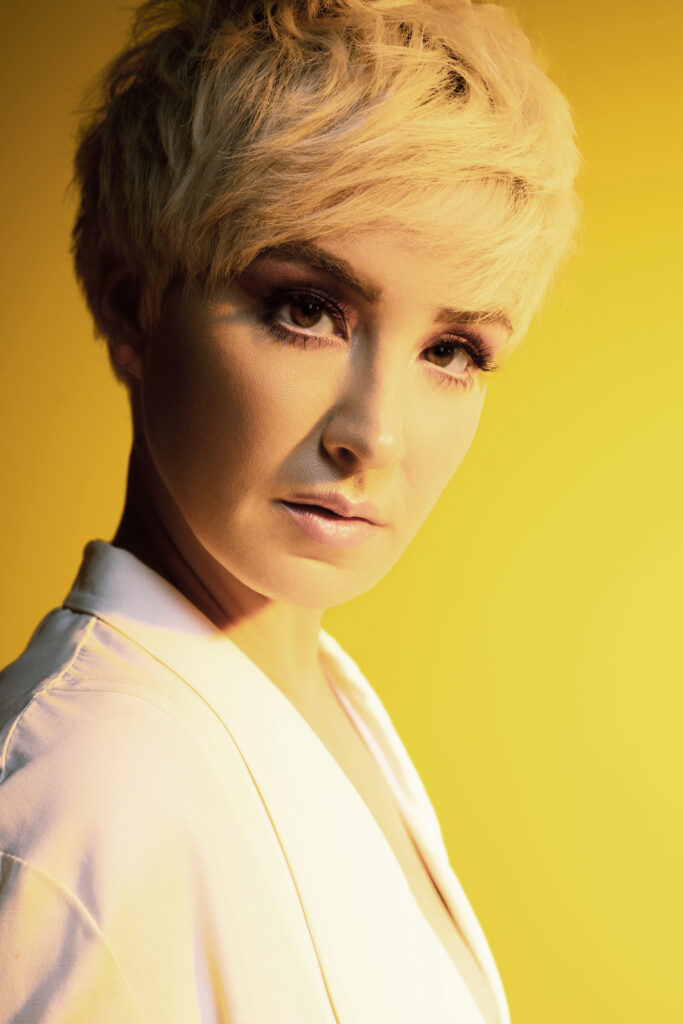 You could call Maggie Rose’s musical style soul, pop and country and you’d be correct. In a recording career that spans more than a decade, the Nashville-based singer has proved adept at melding several genres into her own unique sound. Her latest album, Have a Seat – produced by Alabama Shakes’ Ben Tanner and set for release on August 20 – finds Rose leaning heavily into her soul side. This is most fitting given that Have a Seat was recorded at hallowed FAME Studios in Muscle Shoals. On Thursday, August 12, Rose will perform at Saturn. Recently, she spoke with us by phone from her Memphis tour stop.

Southern Stages: Maggie, thanks for your time. We are looking forward to the Birmingham show. When did the tour begin?

Maggie Rose: We started on June 15 in Annapolis, Md. – the Have a Seat tour was kicked off there. It’s been really fun.

Southern Stages: Are you seeing any new parts of the country on this tour?

Rose: I have pretty much criss-crossed this country as much as one can do it [laughs]. The only state I haven’t been to is Alaska. Hopefully, someone will invite us to perform in Alaska sometime soon.

Southern Stages: Being an Alabama-based publication, we are excited that Have a Seat was recorded in Muscle Shoals.

Rose: It made it very special for me, too.

Southern Stages: If you will, talk about about the decision to record at FAME Studios.

Rose: Ben Tanner definitely accelerated my interest in recording there, but I was at an event that Halley Phillips – Sam Phillips’ granddaughter – put together called Music Row to Muscle Shoals around December 2018. I had gone to FAME before to write, but I didn’t understand the sanctity of that room. You can feel the energy in the room and it was nice to get a little distance between me and Music Row, where I’d recorded all of my previous projects. It’s analog – it’s not bells and whistles and things that make you go down a rabbit hole. You just make great soul music there.

Southern Stages: How did you first connect with Ben?

Rose: I was introduced to Ben Tanner through my publisher and he knows the Muscle Shoals sound and FAME Studios so well. He’s such a great producer and plays with the Alabama Shakes, of course. He was able to help me – in addition to the musicians from Them Vibes, who I tour with – put together this really eclectic band. David Hood was part of it, [former Bonnie Raitt guitarist] Will McFarlane, Zac Cockrell from the Shakes played bass on a bunch of tracks and we had people from Brittany Howard’s band. It was this awesome collection of people young and old – some of them super established in their careers and some of them just getting to play in that room for the first time. The energy was kinetic – you could feel how excited everyone was to be there and it was such a collaborative effort. It was a magical memory to make before we all went into the lockdown. It just made me appreciate the songs even more because I knew what a special experience it was and I was grateful we got achieve it.

Southern Stages: You are based in Nashville these days. Where are you from originally?

Rose: Originally, I grew up in Maryland – right outside of D.C. – and I’ve lived in Nashville for over 13 years now.

Southern Stages: Are the songs on Have a Seat mostly newer compositions, songs that had been around for a while or a combination of both?

Rose: All of the songs for this record were written within a six-month period. Once the seed was sown that I would cut my record at FAME, I think subconsciously I went into my writing and collaborations knowing that I wanted to incorporate that soul and R&B that you hear from so much of the music that has come out of that room. There is a lot of political contention that inspired the themes of these songs – I wanted to write about inclusivity and communication, but also being an individual and making room for everybody. So all of the themes written into these songs became even more relevant to me when we were all put in this pressure cooker of the pandemic and polarizing rhetoric. It felt like these songs evolved in meaning because of everything we went through and it influenced the sequencing of the album.

Southern Stages: Obviously, everyone took their lumps throughout Covid. But I can’t imagine the upheaval that artists endured with no travel, loss of touring income and no audience interaction. Frankly, I was expecting to hear more tragic stories like the one we heard about Justin Townes Earle.

Rose: Yes, and the Justin Townes Earle situation was devastating and I know a lot of people that didn’t make it who were in proximity to the artists. It really humbles you and you realize it’s so much bigger than the individual – it takes a village to do what we do. To give the music away, you need the audience in front of you. The venues that we love have staffs that aren’t going to have any work. It just makes you realize that everything we’re doing is part of something way bigger than us.

Southern Stages: How do you feel about today’s musical climate in the age of Spotify, Youtube, social media platforms and other outlets?

Rose: I think there are pros and cons for that level of accessibility. How much is too much? You want to keep some level of separation between your daily life and what you’re doing in your art form. When everything locked down, having that avenue to stay connected with people and give them some regularity in a time of such ambiguity – like doing a stream every Friday – was something you could count on. It felt like a gift. I was also forced to connect with people through social media that I hadn’t ever done before. I started this podcast called Salute the Songbird where I interview all these women in the industry that I love – some of them are legends like Nancy Wilson and other people are artists that I want more people to know about. I don’t know that I would’ve really forced myself to listen if all of this hadn’t transpired. I think it was about being quiet and being a conduit for these conversations and not being the subject of them. It goes hand-in-hand with this album and what the songs are about, too. Let people speak their minds and show them love, even if you don’t agree with everything they say. That’s what we should be doing for each other.

Southern Stages: Thanks again for your time today. In closing, is there anything specifically you want us to know prior to the Saturn show on August 12?

Rose: The band I tour with, Them Vibes, also has their own awesome original material and they do a set before I do. And Dylan Hartigan opens up the show – we met him when were out with Kelly Clarkson. He jumps up for a song and he’s just phenomenal. We’re a big family rolling down the road in this bus and it’s three-stop shopping.

Maggie Rose will perform at Saturn on Thursday, August 12. Them Vibes and Dylan Hartigan will open the 8 p.m. show. Advance tickets are $15 and can be purchased at www.saturnbirmingham.com.