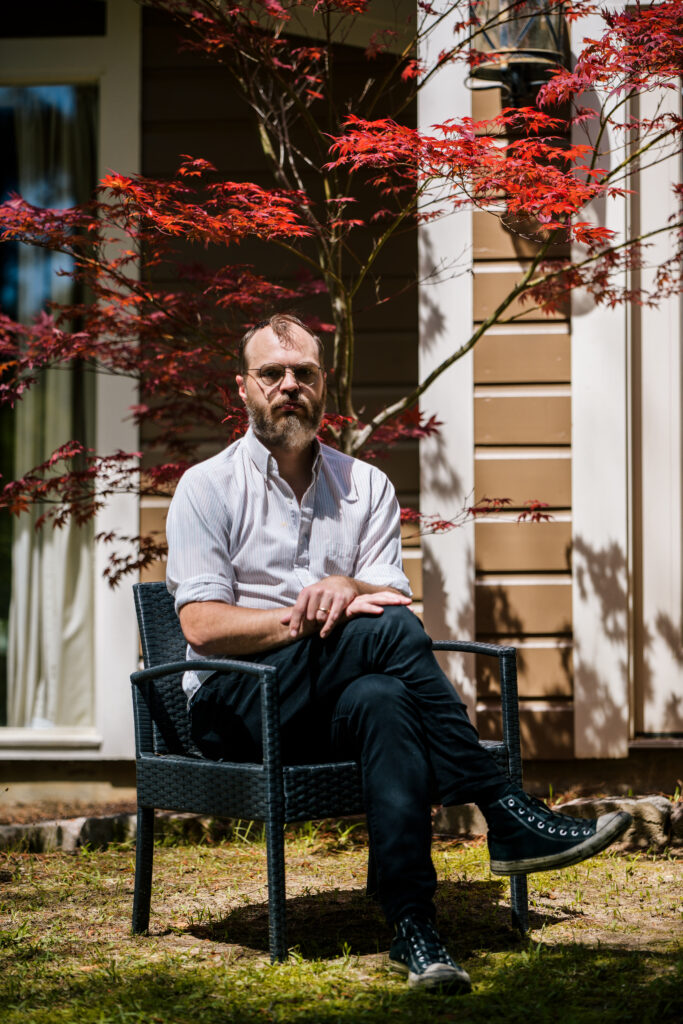 As if being a musician forced off the road during the Covid shutdown wasn’t challenging enough, Andrew Bryant was working through the process of sobriety at the same time. But instead of reverting to old, unhealthy ways, Bryant went into the recording studio to grapple with his circumstances. The result is A Meaningful Connection, an 11-track, timeless-sounding effort that finds Bryant (formerly of Mississippi indie-rockers Water Liars) writing, recording, producing and performing virtually every instrument himself. The album’s sound befits its rough-hewn song titles such as “Drink Away The Pain,” “Fight,” “How It Feels” and “Truth Ain’t Hard To Find.” Recently, Bryant discussed downtime, home recording, his new album and the state of the music industry with us by phone from his Oxford, Ms. home.

Southern Stages: Andrew, thanks for your time. Where are you right now?

Andrew Bryant: I’m at home – I haven’t ventured onto the road since 2019. I really wanted to at several points throughout the year and said, “I’m going to wait and see what happens.” Every time I did, my friends’ tours kept getting cancelled.

Southern Stages: I can’t imagine the upheaval of being a touring musician in a time where the live music industry was completely shut down.

Bryant: Most of my time has been filled with doing all the other things involved with music – like updating my studio and things I put off for a long time – and just writing a ton and playing every day. You kind of get out of the habit of it at home when you play on the road a lot. When you come home you just don’t play as much and you realize you haven’t picked up your guitar in a month. I really tried to build some home habits of playing every day and trying to write as much as I can and record as much as I can. I’m just going up into my studio and recording covers just for fun to keep myself playing different instruments. When I don’t have anything to do, I find something to do with music. That’s what really keeps me going.

Southern Stages: Do you have touring plans for this year or are you likely waiting until next year?

Bryant: I think I’m going to shelve it until next year. I’ve got a few people I’m talking to and I might do something this fall, but the Delta variant hit Mississippi pretty hard and now it looks like it’s hitting other parts of the country. I hope I can get out there and at least do a few shows this year. I held off on a lot of that because the vinyl for my new record was supposed to be here in August and it got pushed off until October, so I’m just now looking at getting my merch in within the next couple of weeks.

Southern Stages: We are really enjoying A Meaningful Connection. Were the songs on this album newer compositions, older ones or a mixture of both?

Bryant: I would say probably only three or four of the songs I was working on right at the end of 2019 and early 2020. Covid had started without us knowing it about the time I started writing for this album. About 75% percent of it was written during lockdown and 100% of it was recorded during lockdown.

Southern Stages: Do you still tweak songs at the 13th hour even after you take them into the studio to record them?

Bryant: At that point, it was like 50-something hour tweaking [laughs]. When you’re at home and doing it yourself, you tend to overthink things anyway and, if you don’t have anything but time on your hands, you’re going to try different versions. I tend to write a song and I hear where I want it go loosely in my head and I just follow that. But there are a couple of songs on the record – like “Fight” – which is a different type of song for me in that I only had the one line “I don’t want to fight anymore” and I just had the riff. I went into the studio and said, “I’m going to see if I can make something out of this.” That song was just made on the fly. I had a couple of songs that I cut off that I thought weren’t just quite good enough.

Southern Stages: It sounds like you’re pretty savvy in the producing and engineering areas.

Bryant: I guess so – I have my own self doubts about it, but I tend to get it done.

Southern Stages: Along those same lines, do you enjoy the process of making records at home instead of being on a budget in a traditional studio with the clock ticking?

Bryant: Yes, and there’s a lot of positives with that but there are also some negatives. For example, I’ve already pretty much written my next album and I’m really missing going into a studio. The thing about going into a studio is having the [scheduled] time – it can be good for you. It forces you to make decisions and it can be more natural. Whereas, when you’re working at home – and I have friends who are producers who work at home and we talk about it a lot – sometimes you just overthink it and you need to get it out of your room because you start to do too much.

Southern Stages: So a deadline can be a good thing.

Bryant: The deadline is crucial.

Southern Stages: Some people say that now is a great time to be an artist given listeners can find your music so easily via Spotify, Youtube, iTunes, satellite radio and other modern outlets. Others say that – for the same reason – it can make it challenging to be found among the crowd. How do you view the current musical climate?

Bryant: That’s a great question. I guess I agree with both of those points. I really like the fact that anyone can try their hand at it and get it out there. When I was growing up in the ’90s, it wasn’t like that and it was hard to make a demo and burn it on CD and get it in the hands of a label. You can be your own artist now which I think is great. I sell a lot of records and have a lot of fans overseas and I’ve never been there. I have people email me and send me messages from all over Europe and Australia. A friend recently messaged me and said, “Hey, did you know they’re playing you on the radio in Melbourne?” and I said, “No!” [laughs] and I’ve never been there. For the type of artist that I am, it’s a real positive thing and I really love it. It keeps me going.

Bryant: We’re pretty much doing our own things now. We still keep up and we talk, but it’s not something that’s on our radar.