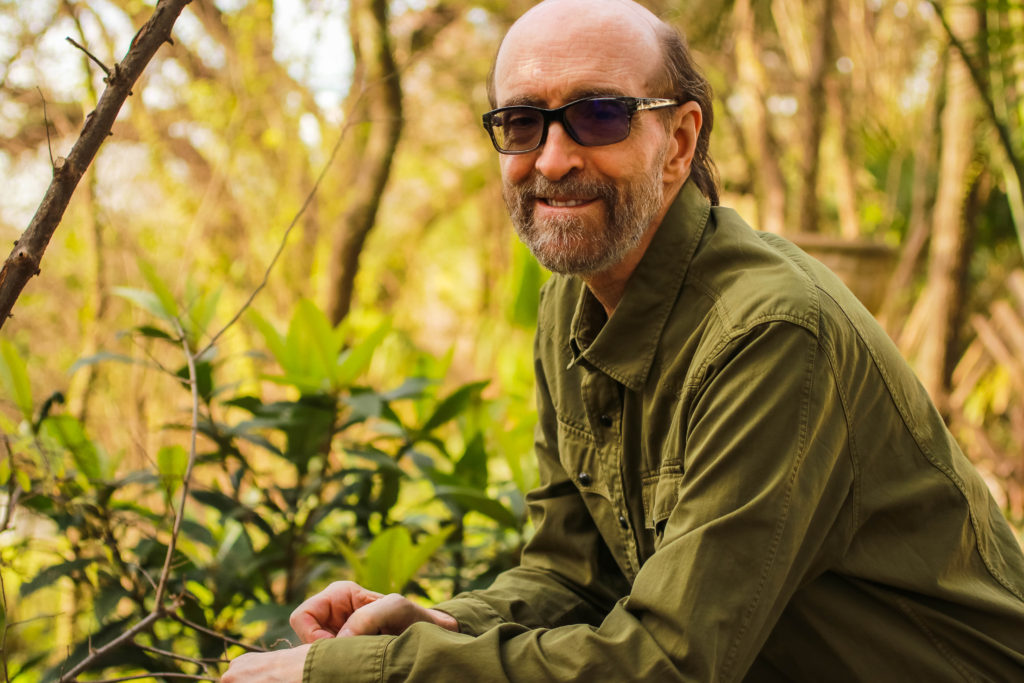 Since 1972, George Winston’s music has provided musical solace to generations of listeners. Along the way, the Grammy-winning artist has sold 15 million albums. Though adept on guitar and harmonica, Winston is best known for landmark solo piano recordings including Autumn (1980), December (1982) and Summer (1991). His latest release, 2019’s Restless Wind [RCA/Dancing Cat Records], is an 11-track collection that blends original material with interpretations of songs by The Doors, Sam Cooke and Buffalo Springfield among others. On Wednesday, March 4, Winston will perform at The Lyric Theatre. Recently, he spoke with us by phone while en route to a performance in Austin, Texas.

Birmingham Stages: George, thanks for your time. Is it hard to believe that your recording career is closing in on 50 years.

George Winston: The albums just kind of happen from time to time. I notice that there are some songs coalescing together and feel like a certain theme. I wait for it and it gets completed when other songs emerge. I don’t push it – I just kind of observe it all.

Birmingham Stages: Restless Wind includes your interpretations of songs from a variety of artists including Gershwin, Buffalo Springfield, Sam Cooke and The Doors. How did you go about specifically selecting the material?

Winston: They just kind of seemed to work together. You go by feel and take a lot of time to do it, as much time as needed. If you rush it, it’s a recipe for “Why did I do it?” [laughs]

Birmingham Stages: When interpreting, is there a challenge to retaining the integrity of the song while placing your own stamp on the material?

Winston: There are basically three elements when you’re interpreting: The original song or wherever I heard it from, the instrument – be it guitar, piano or solo harmonica. Sometimes all the notes are there, but it sounds like a clever transcription – it doesn’t breathe or anything. The third element is what I want to do. When you’re interpreting, you become the composer. If you’re playing it, in a way it’s your song. You’re the one that has final say on everything. It’s those three things that go into it.

Birmingham Stages: With a large catalog of songs under your belt, how do you select material for your live performances these days?

Winston: I’ve got two shows – the summer show and the winter show. I just go by what I’m currently playing. Most of the songs I record are just for the record – I don’t play them live. Well, maybe 25 percent.

Birmingham Stages: You have witnessed a lot of changes in the music industry over the course of your career. How do you feel about the current climate in the era of iTunes, Youtube, streaming and satellite radio?

Winston: I never really think about the climate – I just think about the playing because things change all the time. Everything’s got advantages and disadvantages. If [I was] looking f0r a song, sometimes it used to take months. I sent letters to used record stores and now it takes 15 seconds. So, if I was going to play “Georgia On My Mind,” I can find 15 versions of it. So, it’s great to be able to get to those and study them. The music business has been fighting ever since it’s been in existence. Music and money were never meant to be married to each other – it’s not how music came out of the ground. It is what it is, but the bottom line is I always think about the music. I’m lucky because I don’t have big expenses – it’s just me and there’s no band and no crew so I’m lucky that way. I didn’t do that for economic reasons – it’s just what I do.

Birmingham Stages: How would you describe your writing process?

Winston: It’s a lot of trial and error. Something emerges and I’ll keep it around. I couldn’t try to compose something – it wouldn’t work. I have done soundtracks when I really liked the projects, but I already had all of the pieces. If I don’t already have the music, I refer people to folks who do that really well.

Birmingham Stages: It seems you have carved out a career on your own terms and that’s rare.

Winston: I always take a travel day between shows. I’ll make half the money and not hate my life. There’s nothing like wondering if you’re going to make the show or not. I don’t want to wonder if I’m going to make the show. I’ll do two in a row if they’re in the same town. Burning out is a long-term process. There are all these little things you can do to not burn out.

George Winston will perform at The Lyric Theatre on Wednesday, March 4. Tickets to the 7:30 p.m. show are $38 – $42 and can be purchased at www.lyricbham.com. Please bring a canned food donation to benefit Community Food Bank of Central Alabama – collection baskets will be placed at the theatre’s entrance.